Questions and Answers About Winter Depression 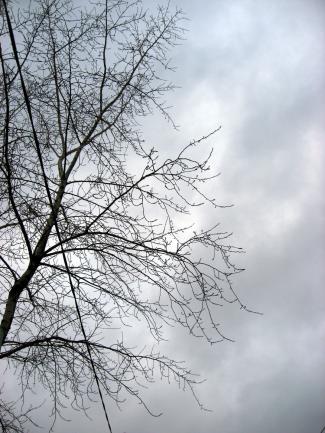 If your mood gets worse as the weather gets chillier and the days get shorter, you may have "winter depression." Here, questions to ask your doctor if winter is the saddest season for you.

Why do I seem to get so gloomy each winter, or sometimes beginning in the fall?

You may have what's called seasonal affective disorder, or SAD. The condition is marked by the onset of depression during the late fall and early winter months, when less natural sunlight is available. It's thought to occur when daily body rhythms become out-of-sync because of the reduced sunlight.

Some people have depression year round that gets worse in the winter; others have SAD alone, struggling with low moods only in the cooler, darker months. (In a much smaller group of people, the depression occurs in the summer months.)

SAD affects up to 3% of the U.S. population, or about 9 million people, some experts say, and countless others have milder forms of the winter doldrums.

So this worsening of mood in the fall and winter is not just my imagination?

Not at all. This "winter depression" was first identified by a team of researchers at the National Institute of Mental Health in 1984. They found this tendency to have seasonal mood and behavior changes occurs in different degrees, sometimes with mild changes and other times severe mood shifts.

Symptoms of SAD can include:

SAD is more common for residents in northern latitudes. It's less likely in Florida, for instance, than in New Hampshire. Women are more likely than men to suffer, perhaps because of hormonal factors. In women, SAD becomes less common after menopause.

Should I increase the dose of antidepressant I am taking?

An increase in medication may help, but consult your doctor about it. Don't increase the dose on your own; instead ask your doctor to evaluate your condition and tell you if you need more medication, or perhaps a different antidepressant.

Taking medication in the autumn, before the mood declines, may help, according to research published in Biological Psychiatry. In three different studies, patients who had SAD who got antidepressants beginning in the fall were less likely to get recurrent depression in the winter compared to those who got placebo beginning in autumn.

Should I go to more therapy sessions in winter?

Going to additional therapy sessions -- or perhaps joining a support group -- may help.

Another idea, suggested by some therapists, is simply to do "homework" between your formal therapy sessions. That could include keeping a mood log to identify your negative moods, analyzing them, and trying to evaluate and then change your negative thoughts. Try to reduce the tendency you may have when you are depressed to be highly critical of yourself.

Make an effort to stop "ruminating" -- going over and over an upsetting incident, or your perceived shortcomings -- which only makes you feel worse.

What else can I do, short of moving to the tropics, to help winter depression?

Light therapy has been proven effective to treat seasonal depression. It can be used in combination with talk therapy, antidepressant medication, and supplements of the hormone melatonin, which can help synchronize the body clock.

Light therapy involves using light boxes indoors. Ask your doctor which type of light box he or she prefers, and get specific instructions on what time of day to use it, and for how long.

Getting outdoors in sunlight also helps some people with depression symptoms. So does getting regular exercise, maintaining social activity, and talking with friends.

Resist the urge to overeat. Most experts recommend a diet with enough protein and plenty of complex carbohydrate-containing foods such as whole grain products and starchy vegetables (instead of simple carbohydrates such as candy and soda).