To Cut Health Costs, Focus on the First Minutes of Care 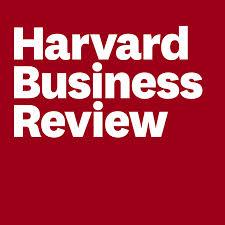 Just one in three diagnostic mistakes result from physicians’ mental mistakes, according to a 2005 analysis by the Archives of Internal Medicine. The majority are the result of our disjointed health care system, from delayed tests to malfunctioning equipment to missed hand-offs between physicians.

In medicine, timing is everything. Consider the harrowing events after the crash-landing of Asiana Airlines Flight 214 last July 6th 2013. The injured streamed into San Francisco General Hospital and Trauma Center by the dozens.  For the medical professionals at SFGH involved in responding to this scene of mass triage, the passengers and crew injured in the crash presented a series of split-second challenges:  how to assess the full extent of the damage, who to treat first, and what treatment to provide?

Through four waves of patients over the course of six-and-a-half hours, with lives that could be lost or irrevocably damaged with each passing minute, what emerged in the stories of the men and women who treated the injured was a heroism informed by a common element:  in each case, within the first minutes of care, arriving at the correct diagnosis was the critical issue, and in patient after patient, the radiology department became the nerve center of operations.  Physicians and nurses from other departments congregated in the main Radiology reading room to review CT scans and X-rays to make rapid-fire diagnoses.  Together, they immediately considered the most important questions—Is there a fracture? Are there internal injuries?  Does this patient need immediate surgery?—and then decided on next steps.

These are moments we can imagine fairly easily. Popular television shows—from ER to House to Grey’s Anatomy—have long dramatized how crucial early moments of care are for trauma victims. But what most don’t realize is that very same principle—that early, accurate intervention matters—applies across the entire health care system, not just in trauma cases, but in nearly all cases.

It is in the first 15 minutes of a medical encounter—which, studies show, is the average amount of time that patients meet with their primary care physician—that up to half of all medical costs are set in motion.  It is health care’s version of Harry Potter’s famous “Sorting Hat,” a wizard’s hat that magically determines in the first hours at Hogwart’s School of Witchcraft and Wizardry which one of four very different fraternity-like houses each new student is to be assigned.

In medicine, the first 15 minutes is the pivotal timeframe in which symptoms coalesce to define an individual as a “heart patient” or a “stroke patient” or “asthmatic,” sending them down a specific road toward further tests, evaluation and eventual therapy.  Known as an “anchoring bias,” an incorrect diagnosis could lead physicians to ignore new symptoms or information that could lead to a different recommendation.

Why is this important?  At a time when the Institute of Medicine estimates that between 20 and 50 percent of health care dollars are either wasted or unnecessary, there is increasing data to suggest that a good deal of that inefficiency is due to care that never needed to be delivered—in large part, because the initial diagnosis was incorrect.  For example:

In other words, the first 15 minutes of medicine could be health care’s most expensive.

Diagnosis—and, more importantly, misdiagnosis—matters.  So how can we better understand this phenomenon, and what can we do to address it?  Four things.

First, bring better coordination to our health care system.  Just one in three diagnostic mistakes result from physicians’ mental mistakes, according to a 2005 analysis by the Archives of Internal Medicine. The majority are the result of our disjointed health care system, from delayed tests to malfunctioning equipment to missed hand-offs between physicians.  The Affordable Care and Patient Protection Act incentivizes coordination of care, moving away from our current system that rewards doing things (paying a fee for every service performed, with no regard for results) and toward a system that rewards doing the right things (paying for better results).  Anchoring the system in results will create a stronger incentive to get the initial diagnosis right.

Third, support research to create better diagnostic tools.  Medical technology is often perceived as a driver of health care costs, and there is certainly some truth to that.  But the latest innovations in imaging and diagnostic testing can lower costs by improving the odds of a correct diagnosis. Tests like troponin, for instance, can help doctors assess whether a patient is experiencing a heart attack, which leads to quicker, more effective treatment.

Fourth, fund studies to build a better baseline for action.  The founding president of the Society to Improve Diagnosis in Medicine recently observed that not a single hospital in America is trying to count diagnostic errors—even though a 2011 study of 6,000 physicians found  nearly half encounter preventable diagnostic errors every month.  Establishing a better baseline can help medical facilities of all kinds prevent errors.

Instinct, intuition and experience will always be vital to medicine.  But if we can put more technologically advanced, evidence-based tools in the hands of skilled providers, we can turn the most expensive 15 minutes of medicine into the most successful.