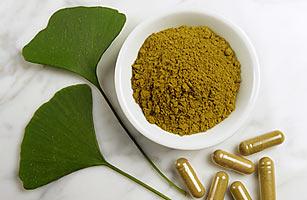 Globally, ginkgo biloba leaf extract is widely used to treat dizziness and ringing in the ears.

More than 100 countries and regions around the world have set up TCM institutions, with the United States, Europe, Japan and South Korea investing heavily in related research and medication development, industry, analyses show.

The UK-based pharmaceutical company GlaxoSmithKline PLC announced its first TCM medication research and development program, which targets not just the Chinese market, but the global one as well.

"TCM is a well-established medical science based on thousands of years of clinical practices. It shows great promise treating complicated conditions that the single-target Western medicine has failed to handle," said Zang Jingwu, senior vice-president and head of GlaxoSmithKline's R&D in China.

"Our priority is to transform TCM from an experience-based practice to evidence-based medicines through innovation and differentiation," he said.

Currently, a 10-person team in Shanghai is in charge of the program, with a medication candidate for skin disease in the works.

Zang, a US-trained neurologist, said TCM is more of a multi-target therapeutical approach, which might work to treat complex conditions.

"That is similar to our approach in TCM R&D," he said. He referred to skin diseases for which medications can demonstrate more evidence of effectiveness as a top candidate for TCM. Other areas of research that also show great promise include stomach and intestinal diseases and supplementary treatments for cancer, he added.

However, given that the culture and ideology of TCM is different from that of Western medicine, great innovation is required to integrate the two sciences, he said.

"In fact, many in Western medicine circles have recognized the importance of TCM, but the problem is how to prove and develop that," said Huang Jianyin, deputy secretary-general of the World Federation of Chinese Medicine Societies.

TCM is developed through empirical testing and refinement of herbal mixtures and relies on clinical experience, and many in the West don't trust that, he said.

TCM, particularly herbal products, are largely available in the US and Europe, but questions like how to prove their effectiveness in the context of Western medicine and how to best use them remain unanswered, Zang added. Zhang Lingping, director of the international cooperation department of the Beijing University of Chinese Medicine, welcomed the emerging trend.

"Their increasing interest shows Western medicine circles have begun to learn about the time-honored medical science, which originated in China," she said. Zhang said traditionally, Western medicines have been highly targeted and such a method doesn't seem to work well for complex diseases.

"They are beginning to closely look at TCM, which highlights a natural and comprehensive manner in healing," she said.

The university also had partnerships with foreign academic institutions in TCM research focusing on cancer and cardio-cerebrovascular diseases. A better approach for TCM development is to enhance its dosage and stability, she said.

"It's more feasible and practical for them to improve the techniques during the TCM production, which the multinational pharmaceutical giants are better at," she said. But that might also pose a challenge for domestic TCM industries, she acknowledged.

Of the global herbal medicine sales volume, the Chinese mainland accounted for only 2 percent, industry analyses show. Japan has the share of the market at 90 percent.

Mao Zedong once expected TCM and Chinese cuisine would be China's two major contributions to the world, said Huang. "He wouldn't have imagined the tough situation today."