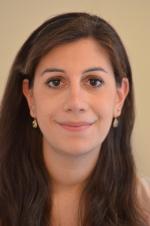 Brain scans can detect brain disorders. Concussion, a mild brain injury, may be more accurately diagnosed through certain kinds of brain scans than others.

A new study found that a specific type of magnetic resonance imaging (MRI) showed how and where brain damage exists in people who had ongoing bouts of dizziness and other symptoms resulting from a concussion.

This study’s lead author was Lea Alhilali, MD, a radiologist and radiology professor at the University of Pittsburgh Medical Center in Pittsburgh, Pennsylvania.

Dr. Alhilali and her fellow researchers reviewed two types of MRIs that had been taken on 30 patients with mild traumatic brain injury and who experienced dizziness, anxiety, difficulty staying balanced on their feet, lack of concentration and other symptoms of problems with their vestibular system. The vestibular system involves the inner ear, which plays a central role in balance and movement.

These researchers also reviewed the MRIs of 25 patients with mild traumatic brain injury and ocular convergence insufficiency, which prevents the eyes from moving into the right position while a person is trying to focus on a specific object that is close by.

The two groups with mild traumatic brain injury were compared to 39 patients who also had concussions but did not have any vestibular symptoms and 17 patients with concussions but no eye problems when they tried to focus on nearby objects.

A traditional MRI for scanning the brain and a second type of MRI, called diffusion tensor imaging (DTI), had been conducted on those two groups of patients, who ranged in age from 10 to 50 years old. Study participants were identified by these researchers between March 2006 and March 2013.

For both groups, sports injury was the main cause of their brain concussions, and car accidents were the second leading cause.

Based on their comparisons of the two groups, these researchers concluded that the special DTI brain scan showed that mild brain injury with dizziness, anxiety, balancing and other vestibular symptoms had harmful changes in the area of the brain that controls how the body balances itself and moves. The same part of the brain also controls eye movements that help with physical coordination.

Patients with injuries to those areas of the brain also took a longer time to fully recover from their injuries, the researchers found.

It's estimated that between 1.8 million and 3.8 million people in the United States per year have a concussion, these researchers wrote. Diagnosing those concussions earlier may lead to more effective treatment and treatment tailored to the needs of each patient.

Also, these researchers wrote that their investigation aims to provide a better means of tracking the potential recovery of patients whose concussions are diagnosed early on.

"Concussion is not just one pathology, but many different injuries with different symptoms," Dr. Alhilali said in a press statement announcing the study. "Not every case is the same, and we need to treat each patient individually."

Dr. Alhilali added, "Vestibular therapy is often very effective. Using DTI findings, we can treat patients earlier and get them back to a baseline state much sooner."

This study was published April 15 in Radiology.

These researchers had access to these patients' medical records, which means there were no outside funders for this study.

The researchers reported that they had no financial investments of ethical conflicts that could affect study design, analysis and outcomes.