Understanding vertigo, and what to do if you have it 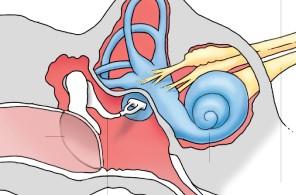 Dizziness is an imprecise term, according to Timothy C. Hain, a neurologist at Northwestern University. Vertigo, for example, is a kind of dizziness, as is lightheadedness. In an e-mail dialogue, Hain explained the conditions as well as the tools used to diagnose and treat them.

Here is an edited version of his remarks:

What is the difference between dizziness and vertigo?

Vertigo is defined as an illusion of motion. Most of the time, vertigo means a spinning sensation. Other illusions of motion — falling, rising, accelerating in one direction — are also vertigo, but they are not frequently encountered. Dizziness is a looser term that includes vertigo. Dizziness is a collection of symptoms — vertigo, lightheadedness, imbalance, a sensation that one might pass out.

What are the typical causes of vertigo?

About 5 percent of the population develops vertigo every year. Of these, almost half are due to benign paroxysmal positional vertigo (BPPV). BPPV happens when otoconia, tiny crystals of calcium carbonate in the inner ear, detach and collect in one of the inner ear’s semicircular canals. When a person with BPPV moves his or her head, the otoconia shift, stimulating the cupula (the motion-sensitive region of the inner ear) to send false signals to the brain, producing vertigo.

A smaller number of cases are due to vestibular migraine. Other causes include vestibular neuritis (a viral infection of the nerve between the ear and brain), and Meniere’s disease (a disorder of the ear with hearing loss, tinnitus, a plugged or full feeling in the affected ear, and episodic vertigo, that keeps recurring over decades).

What are some of the diagnostic tools you use for dizziness-related problems?

For vertigo, we commonly use the audiogram (a hearing test), the video electronystagmography test (a test of eye movement) and the rotatory chair test (in which eye movements are recorded while a patient sits in a chair that spins slowly).

What are some of the most effective treatments?

For BPPV, the “canalith repositioning maneuver” — a series of head position changes that resettle the otoconia — is very effective. A single treatment (often done the same day the diagnosis is made) cures BPPV about 75 percent of the time. However, it does tend to come back — with about a 30 percent chance of another bout within a year. from the time it first occurred.

Treatment of vertigo caused by migraine takes longer. Usually we start with lifestyle changes including diet, and if this does not succeed, we move on to preventive medications such as nortriptyline, verapamil or topiramate. These take about a month to work. Sometimes one must try several types before finding one that works.

With vestibular neuritis (a disorder that affects the nerve of the inner ear), usually the person is back to their usual activities by two weeks. Treatment usually is just waiting for it to improve, combined with exercises.

For Meniere’s disease, treatment involves diet, a few medications and emergency medications for acute attacks. If this is not successful, then there is a very successful treatment involving injection of gentamicin into the middle ear, which stops vertigo spells 85 percent of the time. This treatment, unfortunately, does some damage to the ear.

At what point should a person see a specialist for dizzy spells?

Specialists for dizziness are best seen after it is clear that the dizziness is persistent and significant. Often people attempt to wait it out for a week, and often this is a successful strategy. They will often discuss the problem with their regular doctor, who can often manage their symptoms successfully with a combination of vestibular suppressant medication (such as meclizine), and sometimes also medications for nausea (such as ondansetron) or anxiety.