Sodium Levels Through the Restaurant Roof: No Reductions in Past Six Years 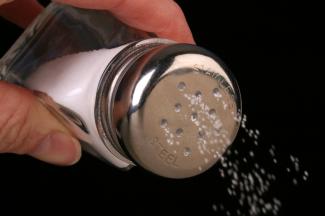 Change might be coming, but it is coming slowly in terms of reducing sodium levels in processed foods. A new study published today showed that while the sodium content of processed foods declined from 2005 to 2011, the overall reduction was just 3.5%[1]. Restaurants, on the other hand, fared even worse, with researchers reporting that sodium levels actually increased by 2.6% over the same six-year period.

"Changes in sodium levels by the food-processing and restaurant industries have been minimal," according to Dr Michael Jacobson (Center for Science in the Public Interest, Washington, DC) and colleagues in the May 14, 2013 issue of the Journal of the American Medical Association: Internal Medicine. "Indeed, although the sodium content of some processed foods in the sample declined by at least 30% between 2005 and 2011, a greater number of foods increased in sodium content by at least 30%."

The researchers say that stronger action, including phased-in, government-mandated limits on sodium levels, is needed to help lower sodium levels and reduce the prevalence of hypertension and cardiovascular disease in the general population.

In the US, the 2010 Dietary Guidelines for Americans recommends no more than 1500 mg/day of sodium, and many organizations, including the World Health Organization and the National Heart, Lung, and Blood Institute, have concluded that there is a strong and clear relationship between sodium intake and blood-pressure levels, as well as strong evidence linking excess sodium intake to cardiovascular disease.

Lots More Needs to Be Done

The researchers note that several companies, including Campbell's Soup, ConAgra Foods, Domino's Pizza, General Mills, McDonald's, Subway, and Walmart, have made commitments to reduce sodium levels. For example, Walmart has asked its food suppliers to reduce sodium content of their products by 25% in 2015.

"However, even if fulfilled, these commitments would not nearly address the amount of necessary reduction," write Jacobson et al. "Most Americans need to consume far less salt and other sodium-containing ingredients to achieve recommended sodium limits. That will be challenging, considering that decreasing the average daily intake from 3800 mg to 1500 mg would require companies to make major reductions in the sodium content of their products over several years (>70%) and for consumers to eat less cheese, bread, pizza, processed meats, and other major sources of sodium."

Regarding the "healthy" option identified on some menus, these meals contained 474 calories, 13 g of fat, 3 g of saturated fat, and 752 mg of sodium.