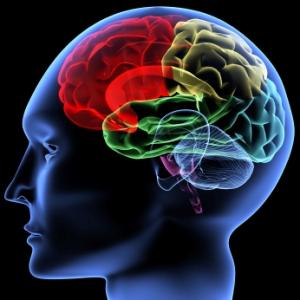 The initial component of the first concussion guidelines that are completely evidence based has identified 4 "prevalence indicators" of concussion.

"These 4 factors were all observed in the first 2 days after the force to the head," Dr. Ghajar told Medscape Medical News. "I would say they are supported by strong pilot data. I would recommend clinicians look for these signs in a patient who has had a blow to the head and give extra weight to them when diagnosing concussion."

The paper notes that there is presently no evidence-based definition for concussion that is uniformly applied in clinical and research settings. Dr. Ghajar pointed out that there is a lot of confusion about how to diagnose and manage concussion.

"There are around 40 definitions of concussion out there which have been devised from expert consensus opinion. This is what has to happen in the absence of evidence. But we are concentrating on hard evidence," he said. "Doctors want to know 100% what they should do. We can't tell them that, but we can tell them what we have the evidence for."

Dr. Carney, Dr. Ghajar, and colleagues set out to identify the most prevalent signs, symptoms, and deficits following a force to the head. "We wanted well-designed studies with broad inclusion criteria," Dr. Ghajar said. "We wanted to look at a large group of people who had hit their head and measure what happens to them in the following days compared to a control group who haven't had a head trauma."

Out of more than 5000 studies reviewed, only 26 studies met these strict criteria. When the researchers found a difference in a symptom between the head trauma group and the control group that occurred in more than 1 study, they allowed that factor to be included in the list of prevalent indicators.

Other key findings from the review include the following:

Dr. Ghajar pointed out that the Brain Trauma Foundation is well known for its guidelines on severe brain injury or coma. "These were the first evidence-based guidelines in any branch of surgery and have been very well accepted. We now estimate that they are being used by 80% of hospitals. In New York State, where Medicaid paid hospitals to be compliant with the guidelines, mortality in coma patients has dropped by 45% in the last 10 years. Based on our success with the coma guidelines, the US Department of Defense and the CDC [Centers for Disease Control and Prevention] approached us to develop a set of evidence-based guidelines for concussion."

He added: "What this report really does is establish the current literature on concussion. We need better studies of what happens after you bang your head, so that we can develop the literature and refine the diagnostic criteria. If we don't do better studies we will still be in the same mess as we're in now for years, with little understanding of what actually constitutes concussion."

He said their initial findings are not out of line with other guidelines on concussion. "The American Association of Neurology did use some evidence-based processes in their guidelines which came out last year, and they reached similar conclusions to us. But they also mixed in some consensus issues. However, the reports are not conflicting in general."

The researchers are continuing their work and hope to publish the second step of the guidelines by the end of the year. For this they are trying to identify further symptoms and provide further verification of the 4 indicators described here. There will be several further steps as well as they move on to the management of concussion and prognostic indicators.

The Brain Trauma Foundation Concussion Guidelines project is supported by the US Army Contracting Command, Aberdeen Proving Ground, Natick Contracting Division. The Brain Trauma Foundation provided funding for 2 meetings of the Panel of Technical Experts. Coauthor Andy Jagoda, MD, is a consultant for Banyan Biomarkers. The authors have no personal, financial, or institutional interest in any of the drugs, materials, or devices described in this article. The authors have disclosed no relevant financial relationships.