How medical publishing can drive research and care 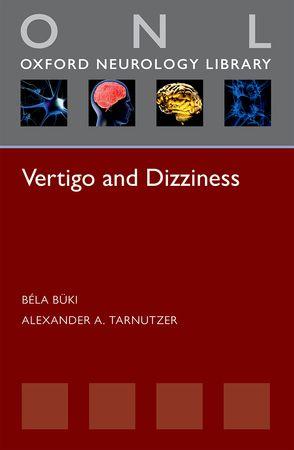 Benign paroxysmal positional vertigo (BPPV) is a very frequent cause of harmless but unpleasant vertigo and dizziness complaints. It is caused by dislodged otoconia floating into the semicircular canals, which measure angular accelerations of the head and initiate corrective eye movements during fast head movements. Otoconia are calcium-carbonate crystals functioning as weights in the miniature acceleration sensors in the inner ear, informing us about gravity and linear accelerations. If they fall into the canals, their erratic movements produce false information of angular accelerations when the head position is changed, and then we feel dizziness.

Currently, the diagnosis of BPPV depends on the presentation of jerking eye movements (nystagmus) in the provoking positions, for example head-hanging. Nystagmus is elicited when the fluid in the semicircular canal deflects the sensory cells by deforming the cupula, a soft diaphragm at one end of the canals. During the routine clinical examination of BPPV, the patient’s head is brought into hanging position (the “Dix-Hallpike maneuver”). Should there be any otoconia in the canal, this allows them and their movements to be registered by observing the elicited eye movements.

Last year, I tried to design a table about BPPV and its different forms when different semicircular canals are involved. Filling in the table, I noticed that a form that was probably very frequent had not been satisfactorily examined and explained in literature. I wondered what happens when otoconia dislodge but do not fall into the one of the semicircular canals. This might be a frequent scenario, if, for example, the patient is upright or the dislodged debris misses the canal openings. The debris should sink to the most inferior part, which is, by chance, the cupula, the structure housing the sensory cells of one of the canals, the inferior canal. The deflection of the cupula informs the nervous system about fluid movements in the canal, thereby measuring angular accelerations. When the otoconia fall into this space and attach themselves to the cupula, thereby loading it and causing chronic, unpleasant dizziness with every head movement, they, in fact should not cause any nystagmus when the patient is moved from sitting into the head hanging position. This is because the head hanging position does not change the position of the cupula at all.

I realized that I discovered a possible mechanism for a frequent type of BPPV, with typical positional complaints but without nystagmus. This variant, although frequently encountered, has not been acknowledged so far. In theory it should be frequent, because, when dislodged in upright position (not in sleep but during daily activities), the otoconia should sink into the most inferior part of the vestibulum (which are the sensory cells of the inferior canal). This concept has been mentioned (but not explained) in literature. In a recent paper, for instance, South Korean doctors wanted to recruit a hundred patients with a diagnosis of BPPV for a study about vitamin D. During selection, 84 patients who reported a typical history suggestive of BPPV but did not exhibit nystagmus were excluded. This would mean that in the paper, 40% of patients with typical BPPV symptoms may have had complaints elicited by the mechanism described above. Currently, according to the classical criteria, in these cases, no diagnosis was possible.

Since I had not previously matched the theory against the opinion of peer-reviewers, we included this theory in a chapter with a title “Controversial issues” that was published in Otology Neurotology, the journal of the American Otological Society.

When verified by other authors, these ideas will be accepted and it will be possible to make diagnosis in cases which seem to be mysterious today. Although not so dramatic as overt BPPV with nystagmus, the patients with slight, chronic BPPV complaints feel ill enough to see a doctor and these cases may be frequent, considering the how frequent BPPV is.

Béla Büki is an ENT-specialist at Krems County Hospital, Austria. He is co-author of Vertigo and Dizziness, and his special interests include otoacoustic emissions, electrocochleography, non-invasive intracranial pressure measurements and neurotology.