Langley politician opens up about her journey to a diagnosis 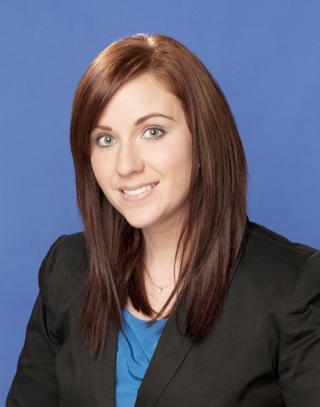 Township councillor Michelle Sparrow shares her difficult journey to diagnosis in hopes it will help others.

Township Councillor Michelle Sparrow had suffered in silence for almost a decade. But now, a year into living with a diagnosis for her disorder, she is speaking out in hopes it will bring awareness and help to others struggling with similar symptoms.

"The big thing is getting answers and unfortunately I didn't get directed down the right path for 10 years," said Sparrow.

Sparrow has been diagnosed with having a vestibular disorder, which is damage to the inner ear which affects how the brain processes sensory information involved in controlling balance and eye movements.

The week of Sept. 16 to 22 marks balance awareness week and that is why Sparrow is speaking out now.

According to vestibular.org, as many as 35 per cent of adults aged 40 years and older have experienced some sort of vestibular dysfunction from vertigo to chronic dizziness.

Sparrow's condition has led her to walk with a cane at times, or caused her to be bedridden.

Ten years ago, Sparrow had a sinus and inner ear infection. She went to bed and woke up to a loud pop sound in her ear. In that moment, she said her world changed forever.

"I had a feeling of panic because my instant thought was I was having a stroke," said Sparrow, whose mother Marilyn Piticco runs the Langley stroke recovery group now named the Langley Community Support Groups Society.

From that moment of hearing that pop, Sparrow said she had a hard time feeling stable on her feet, something akin to vertigo, feeling as if she was in a brain fog but also had tingling in all her extremities.

"Walking can be difficult at times," said the Langley realtor. She spent too many hours trying to diagnose her symptoms through the internet.

"After I felt that pop in my ear I was bedridden and had an 18-month-old baby and two other kids," she said.

She went to her doctor who was unable to find anything.

With vestibular disorder often comes anxiety. She felt anxious all the time and could have panic attacks. Her doctor prescribed anxiety medication which did nothing to help ease her suffering.

"My doctor finally sent me for an MRI but the scan came back negative," she said.

"I didn't talk to anyone about it because I didn't want to sound crazy," she said.

She recalls going to a Union of B.C. Municipalities conference in Victoria where everyone took the ferry over.

"I never got off that ferry. I could still feel the rolling swells and the movement of the boat the entire time I was at the conference," she said.

Any time she has to get drilling done at the dentist, her world will shake for weeks after.

"I remember asking Councillor Grant Ward if he felt the earthquake," she said.

After changing family doctors, she was sent to an ear, nose and throat specialist. That specialist sent her to the balance clinic at Surrey Memorial Hospital where she was given extensive testing.

She finally got the diagnosis.

"Once I got a diagnosis it made my fears go away. I could stop searching for answers to what was wrong with me," she said.

"Now, I can put my pride aside and bring a cane to conferences. Once I told council and staff what was going on with me they were very supportive," she said.

She also has found that the more she talks about her disorder, the more people can relate or offer support.

She wishes she had access to the vestibular.org website years ago because she found herself in tears, reading symptoms that were identical to what she was going through.

She advises to others to push to see a specialist.

She now knows her limitations too and allows herself to take a break when she needs it.

"I will now tell my family when it's a bad day," she said.

In a "weird way" she is grateful she has had this. "I'm a stronger person from it," she said.

With a disease or disorder that isn't visible, there are many who may judge you, she said. "I had one man email me who had seen me with my head in my hand during a very heated public hearing. He thought I didn't care but if he only knew the ground was spinning and my hand was the only thing holding me up," she said.

Sparrow knows never to go on the swings with her kids and is also aware that large gatherings can be difficult.

She is trying a new medication this month that brings blood flow to the inner ear.

She is also trying physiotherapy.

But mainly, it's a condition she will live with.

She is encouraging anyone who has experienced similar symptoms or has shared this diagnosis to get in touch with her. If there is enough people out there in Langley, she may start a support group.

"There is a power in relating," she said.

Michelle Sparrow can be reached at [email protected].