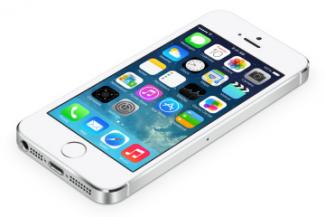 Rejoice, iOS 7 naysayers (or iOS 7 lovers-but-animation-haters): Apple just stealth-dropped iOS 7.0.3, bringing with it a host of bug fixes and feature updates, including the option to disable those purportedly vertigo-inducing animations.

Among the improvements this round, Apple lists iCloud Keychain support (this optionally stores your account names, passwords and credit card numbers across all of your sanctioned devices), a new password generator in Safari that’ll pitch ideas for unguessable phrases at you, a lock screen update that delays the display of “slide to unlock” if you’re using Touch ID, Wikipedia and web support from Spotlight search, and nearly a dozen bug fixes, including one for the glitch that allowed people to bypass the Lock Screen passcode.

But the thing I’m guessing most are going to want this for is the option to eliminate all those icon swoops and zooms (as much for aesthetic as hypothetical motion sickness reasons). In prior versions, you could slip into General > Accessibility and enable “Reduce Motion” to disable the parallax effect, but it didn’t transform icon animations.

Apple design maverick Jony Ive apparently felt this was too holy-holy to make optional. No more: Disabling “Reduce Motion” now knocks out the icon animations, too.