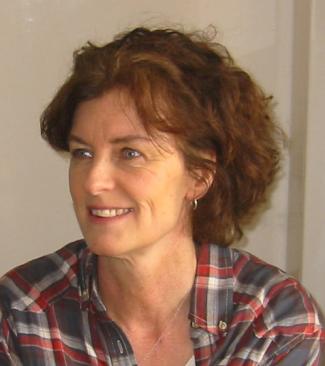 The author postulates that many patients diagnosed with Ménière’s disease could actually have semicircular canal dehiscence syndrome (SCSC).

“You are correct that Ménière’s disease is over diagnosed. Many physicians diagnose it when they see any vertigo they do not understand.” The words of Dr Carol Foster, Associate Professor in the department of Otolaryngology at the University of Colorado, written in an email to me this week. She has researched the condition in depth (Foster 2015). The classic symptoms (Nakashima et al. 2016) of Ménière’s syndrome are fluctuating hearing loss, low pitch tinnitus, fullness in the ear, and episodic spinning vertigo which lasts at least twenty minutes, but typically two to three hours. When it is secondary to another disorder it is called Ménière’s syndrome and there is a long list of possible causes, including hypothyroidism, acoustic neuroma, superior semicircular canal dehiscence (SCDS), perilymphatic fistula, genetic mutations (Verstreken et al. 2001) and many, many more.

A study (Alemanji et al. 2016) of 521 patients with dizziness examined the experiences of the participants. A third of them were reported to be frustrated with “being misdiagnosed or misdirected”, and only 20% felt their diagnosis was “accurate” and “timely”. The “data suggest that the diagnosis of Ménière’s disease is over-utilized.” The objective of a separate study at Apeldoorn Dizziness Centre (van Leeuwen and van der Zaag-Loonen 2015) was to establish how often a new diagnosis or treatment was given to patients with dizziness when they were referred for a second opinion to a specialised centre, as “the incremental diagnostic and therapeutic yield of this approach has rarely been studied.” The results were revealing. Out of the group of 327, a new or amended diagnosis was given to 54%, and new treatment advice to 62%.

The high rate of misdiagnosis among patients with vestibular problems, causing unnecessary suffering and a waste of healthcare resources, was highlighted again in another analysis undertaken (Jin et al. 2012). In the study of 287 patients, mostly middle-aged women, who had visited the Dizziness Clinic at Changzheng Hospital between October 2010 and January 2011, 48 diagnoses ranging from Ménière’s disease to cerebral circulation insufficiency were overturned. All 48 were then successfully treated for BPPV.

An attempt was made (Syed et al. 2015) to evaluate the evidence and trends in published literature for the treatment of Ménière’s syndrome or disease over the last two decades. The authors concluded that there had been “an increase in emphasis on randomized controlled trials and quality of life studies”, but “a significant number of studies failed to follow AAOHNSCHE criteria for reporting treatment outcome and the CONSORT criteria for reporting randomized controlled trials.”

A much wider review (van Esch et al. 2016) is currently underway to examine all the different treatment modalities for patients diagnosed with Ménière’s disease. Dr Babette van Esch, leading the review, informed me: “Naturally we are looking at the definitions of the diagnosis applied in the studies and whether or not the evaluated patients met the generally accepted criteria for Ménière’s disease. Unfortunately, several studies do not describe the methods of diagnosing the Ménière’s disease patients in great detail. The assessment of the certainty of that diagnosis is therefore complicated sometimes ….. We are aware that other diseases may be included in these populations, including SCDS.”

Dr Gerard Gianoli, at the Ear & Balance Institute in Covington, has estimated (at my request) the percentage of patients he has seen over the years who had been diagnosed with Ménière’s disease beforehand, and turned out to be suffering from SCDS – a third to a half of them. He explained, “If they have a history of Ménière’s syndrome, the more specific test is a CT scan and further evaluation. Those cases don’t need a screening evaluation but a formal workup.” Some patients with SCDS may present with an atypical Ménière’s syndrome, so fistula and Tullio’s testing, as well as a high resolution CT scan, would be helpful, if only to rule out that entity. It has already been established (Zhou et al. 2007) that SCDS is a great otologic mimicker because of the variety of presentations and the wide range of other diagnoses with which it can be confused, so a high degree of suspicion is always advisable.

Gianoli and Soileau (2005) proposed a grading system for SCDS and stage 3 (of four stages) was described thus: “Ménière’s syndrome – vertigo and hearing loss mimicking Ménière’s disease, correlating with a frank oval or round window fistula.” At that time, only seven years after Dr Lloyd Minor and his colleagues had first published a description of the clinical manifestations of SCDS, the disorder was still believed to be relatively rare. In May 2016, however, when Dr Timothy Hain updated the information about SCDS on his website Dizzinessand-balance.com, a rather different picture emerged. “In our practice database, we have diagnosed SCD in 46 patients (as of 2014). This compares to several thousand patients with BPPV. Thus SCD is much less prevalent than BPPV (which affects 2% of the population). As it is known that about 2% of the population has thinning of the bone that can lead to SCD, our estimate is that a reasonable estimate of prevalence of symptomatic SCD is about 0.1% of the population.” Dr Gianoli, who has treated patients with SCDS for longer than anyone in the world, starting in 1998, concurs with Hain regarding this figure.

There is another factor to take into consideration, with a view to accurately diagnosing SCDS: near-dehiscence. It was reported (Ward et al. 2013), and later discussed in the first book by a patient about the condition (Thomson 2016): “Symptoms typical of SCDS can occur in cases where there is thin bone, but no actual hole. Dr Gianoli had been aware of this fact for years, but in 2013 a study was published that underscored it. It revealed the results of ten patients falling into this category. All ten patients’ symptoms had improved post-operatively.” Two further studies (Mehta et al. 2015; Wackym et al. 2015) investigating larger numbers of patients, came to the same conclusion: “Other than the character of migraine headaches, there was no difference in preoperative symptomatology between the two groups” - those with a radiographically confirmed dehiscence and those without. “Postoperatively, resolution of SCDS symptoms ultimately occurred in all patients.”

Biotech companies are developing targeted medicines for the ear; Dr López-Escámez and his team in Granada are pursuing stem cell research and examining the molecular targets necessary for the screening and development of new drugs; the Virginia Merrill Bloedel Hearing Research Center is trialling a device based on a cochlear implant (Phillips et al. 2015) that could be triggered during vertigo attacks. I would suggest that, in addition to these advances aimed at improving the lives of those with Ménière’s disease, concerted efforts should in future be made to reduce the number of those misdiagnosed with the condition. The mnemonic “SO STONED” has been proposed (Wuyts et al. 2016), representing the eight dimensions that characterise vertigo-related complaints: Symptoms, Often (Frequency), Since, Trigger, Otology, Neurology, Evolution and Duration. The authors have drawn up a table overview of these dimensions with the appropriate questions that need to be asked while taking a systematic history of a vertigo patient. “The most common vestibular diseases have different fingerprints when all dimensions are considered.”

Alan Desmond, AuD. runs the balance lab at Wake Forest Medical Center and is the editor of the vestibular section of the website hearinghealthmatters.org. “In my practice I would say about half the people that come to us with a previous diagnosis of Ménière’s disease have been misdiagnosed.” Errors of this magnitude must surely become a thing of the past. The number with Ménière’s disease would then decrease and the number with Ménière’s syndrome become much more accurate.