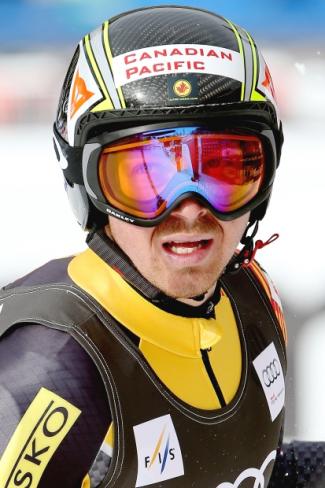 As a World Cup ski racer, John Kucera realizes he’s at higher risk that most for broken bones, torn ligaments and pretty much every traumatic injury known to the tall foreheads in sports medicine. But the Calgarian can’t quite come to grips with the latest obstacle on the road to the 2014 Winter Olympics in Sochi, Russia.

“Things could be worse,” Kucera sighs. “But this is not what I needed in my world at this point in time.”

Back in the summer, Kucera attended a Canadian training camp in Chile. He drifted off to sleep one night with a routine head cold. The next morning, he awoke what the doctors would later call vestibular neuritis.

“At first, it almost felt like vertigo,” he says. “Every time I moved, everything kind started spinning and moving around me.”

The vestibular nerve is located in the inner ear. Any vira l infection — including the common cold — can reach the nerve and interfere with the messages sent to the brain.

“It’s almost like post-concussion stuff, where visual cues, motion and speed give you the feeling like car sickness,” Kucera says. “You start getting a little nauseated. When you move your head too quick, you just feel a little out of it.

Kucera desperately needs the fog to lift — in a hurry — for a shot at booking his ticket to the Winter Games in Sochi, Russia.

“The guy is incredibly determined, and he’s persevered through some really challenging injuries,” says Paul Kristofic, vice-president of sport for Alpine Canada. “It’s been really frustrating for him and frustrating for us, because we’ve been trying to prepare him for a season where he’s trying to qualify for the Olympics and those standards are fairly challenging.”

Challenging is an understatement: Kucera needs two top-12’s or one top-five in World Cup racing by mid-January to reach the Canadian qualifying standard.

The season opens next weekend in Lake Louise, but Kucera can only stand back and watch as the fastest ski racers on the planet descent on his home mountain.

“Lake Louise doesn’t look like it’s going to happen,” he says. “Even if started feeling great next week, I’ve always missed so much prep time. To think I’m going to be hurling myself down a mountain at 120 km/hour right away, it’s not really feasible.

A full recovery is expected, but could take weeks. Or months. Or years.

“You hurt your leg, you hurt your back — those are injuries that happen for athletes.” Kucera says. “This is just frustrating. It literally came straight out of left field. I went to bed feeling totally fine, and I woke up and had this.

“With a normal injury you have a timeline. This is totally individual, and that’s the toughest thing. I wish I could say I’ll be back in mid-December, but nobody can give me a set answer. So it’s hurry up and wait.”

Waiting is nothing new to Kucera. Four years ago, the 2009 world downhill champion was airlifted off the mountain at Lake Louise destined for Banff’s Mineral Springs Hospital. Within days, he underwent surgery to repair a compound fracture — complete with the bone poking through the skin — of his left leg.

The recovery took three years (due to re-injuring his wounded leg and subsequent battles with a herniated disc).

Kucera, 29, missed the Vancouver Olympics due to injury, so the chance to compete in Sochi is one he holds dear.

“Obviously, I’m trying to stay optimistic,” he says. “Hopefully this resolves sooner rather than later.”