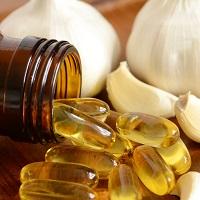 This observation called for an investigation of BPPV’s relationship to vitamin D deficiency. Researchers from Harvard Medical School in Boston Massachusetts extended that theory to seasonality since vitamin D levels fall during winter, and enter a nadir in early spring. They found that BPPV visits did indeed peak in March through May.

This study published in the November issue of JAMA Otolaryngology, assessed the number of BPPV visits seen at a hospital in Boston throughout the year.

Experts noted that vitamin D’s role in mineralization of otoconia is unclear. They postulated that bone and otoconia share some risk factors for demineralization. A clinical trial is underway to determine whether treatment with cholecalciferol plus calcium prevents recurrent BPPV.

The researchers indicated that future studies need to include consideration of seasonality and BPPV. Additionally, the study suggested BPPV recurrences may be related to season and vitamin D deficiency may be a risk factor for a seasonal form of BPPV.