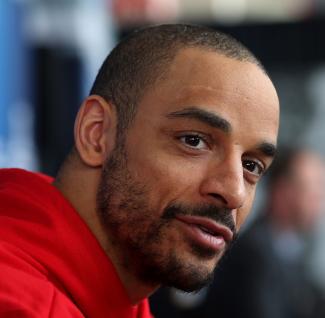 The Vestibular Disorders Association (VeDA) announces its first partnership with a professional sports figure. National Hockey League (NHL) Stanley Cup finalist and former captain of the New Jersey Devils, Bryce Salvador, has partnered with VeDA to educate, inform and advocate for the millions – 35% of adults just in the U.S. - whom at some point in their lives must deal with the devastating effects of inner ear and balance dysfunction.

Salvador will participate in VeDA’s awareness and educational efforts as a media spokesperson, appear in PSA’s for concussion awareness and prevention in youth, serve as a sports celebrity ambassador for VeDA’s Balance Awareness Week, and participate in other projects with patients and vestibular professionals throughout the year.

Salvador’s partnership with VeDA springs from his own journey. He sustained a vestibular concussion that eventually forced him to miss the entire 2010-2011 NHL season.  He endured months of difficult vestibular and ocular rehabilitation, tackling his rehab treatment with the ferocity of a professional athlete in training. “I spent literally hundreds of hours basically rewiring my brain for balance,” he says. Salvador came back from his injury to lead the Devil’s to the NHL Stanley Cup finals in 2012. “I feel very fortunate to have made that comeback, and it’s important to realize that each patient and each journey is different.”

In September, Salvador retired from 13 years playing professional hockey and told his story in an eloquent article published in The Players Tribune.

“The response was overwhelming,” says Salvador.  “I wrongly assumed that a lot of people know about vestibular injuries, and what one can go through to come back from these injuries. I received emails from all over the world, with most people just looking for answers and where to go for help. I get asked about concussion and vestibular issues all the time so it’s imperative for me to be credible as well as to bring awareness to vestibular injuries. VeDA is that credible source and organization, so partnering with them is important and a natural fit as we share similar goals.”

”Vestibular disorders can take months and even years to diagnose,” says Cynthia Ryan, VeDA Executive Director. “VeDA works to reduce diagnosis time by providing resources, patient education and support for vestibular professionals in the field.  We are thrilled to have Bryce work with us, not only because of his own vestibular journey, but because he shares our passion in VeDA’s mission.”