Adverse Effects from Gentamicin and Other Aminoglycosides 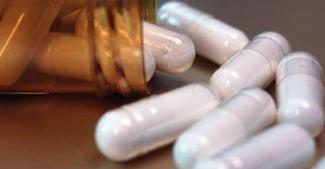 Aminoglycosides are known to cause ototoxic damage, vestibulo-toxic impairments, nephrotoxicity (kidney damage), and encephalopathy. If you have been adversely affected by aminoglycosides you may want to participate in this survey.

Adverse Effects from Gentamicin and Other Aminoglycosides, Including Impact on Daily Living Activities

Aminoglycosides are a class of drugs that are particularly potent against gram-negative bacteria, but are known to have toxic effects on some patients. This class of drugs includes gentamicin, tobramycin, neomycin, streptomycin, amikacin, kanamycin, netilmicin, and paromomycin. The medication may be given orally, as eardrops, topically, and perhaps most effectively intravenously or intramuscularly. This class of medications are effective against other types of bacteria, but because of the potential toxic effects of these drugs, they are usually reserved for specific types of infections.

People who have been damaged by aminoglycosides, particularly gentamicin, often experience a multitude of symptoms, have difficulty being diagnosed, and must learn to adapt to permanent damage and resultant limitations. It is well known that these drugs have the potential to cause hearing loss, vestibular damage, vision problems, kidney damage (nephrotoxicity), and some research exists documenting problems with thinking (cognitive impairment) when the vestibular system is damaged. Of course, a person suffering from any health problem may also experience emotional struggles as they learn to adapt to permanent limitations.

The purpose of this study is to explore the day to day limitations reported by people who have had an adverse effect from gentamicin and other drugs in the aminoglycoside family. It incorporates questions from the World Health Organization’s Disability Schedule, along with a list of general impairments and limitations that have been developed by an online group of patients who reported their day to day struggles living without a sense of balance. Many vestibular researchers focus on dizziness or vertigo which is not always present with patients damaged by aminoglycosides. When the vestibular system is damaged, people can lose a sense of where their body is in space, which is known as proprioception. When other senses are impaired, such as in the dark, a person without a fully functioning vestibular system may fall. This study also explores other symptoms drawn from adverse-reporting sites for these drugs and also explores health conditions that arose after the administration of aminoglycosides in order to look for other common health issues in these patients.

If you have been adversely affected by aminoglycosides and would like to participate in this survey, please click here.

Aminoglycosides are known to cause ototoxic damage, vestibulo-toxic impairments, nephrotoxicity (kidney damage), and encephalopathy. These four categories are discussed below.

Ototoxicity refers to damage usually caused by medications that damage the inner ear, including the cochlea, vestibule, semicircular canals and otoliths (1). The results of this toxic damage include hearing loss, tinnitus, dizziness, and balance impairment. Although the ototoxic results of aminoglycosides have been demonstrated, the exact mechanism of the damage they cause is still a subject of research. Sensory hair cells within the ear canal die, but the exact reason why this occurs and how it might be prevented are current topics of interest to researchers. (2)

Aminoglycosides are also well known to cause nephrotoxicity (kidney damage) although this can usually be reversed. Methods of preventing such damage, which usually occurs when the medication is given intravenously, have not been completely successful in medical care (4). Currently, while giving gentamicin and/or a combination of aminoglycosides intravenously the patient’s creatinine levels are monitored to protect the kidneys. But this does not eliminate potential damage to susceptible patients. Exactly why certain patients are more susceptible to kidney damage is unclear. No dose of gentamycin is safe (5).

Encephalopathy is a term used to describe a malfunction in the brain caused by some other agent, such as a neurotoxin, infection, impaired liver function, or other condition. Several studies have indicated that gentamicin may be involved in its development. Post-mortem findings in a patient who was given intrathecal (through the spinal cord) administration of gentamicin included brain lesions in multiple areas and damage to myelin sheaths. The authors of that study were able to reproduce those findings using rabbits (6). In a more recent report, a woman was given an overdose of gentamicin and developed myoclonus (involuntary muscle jerks or spasms), which abated when the intravenous administration of gentamicin was discontinued (7). Many patients with vestibular disorders from gentamicin report problems with memory and cognitive functions, such as the inability to multi-task and concentrate (8). A case study on a 9 year old boy reported encephalopathy after treatment with gentamicin (9). Aminoglycosides are toxic not only to hair cells in the inner ear, but also to the ganglia around the eighth cranial nerve. This damage is not instantaneous but understood to be an ongoing process of cell damage (10). Medical staff often do not notice the symptoms that develop as a result of gentamicin dosing, especially if the patient is confined to the bed. Because many medical practitioners are unaware of the signs of ototoxic or vestibular damage, checking patients for hearing loss or balance disorders often does not occur. In an Australian retrospective study, 103 patients were interviewed. Of those, twenty-one patients first noted symptoms while still receiving treatment with gentamicin, and only one reported that treatment was halted after their complaints (11).

On eHealthMe, over 8000 reports of side effects from the administration of gentamicin were listed. Encephalopathy was not identified, but conditions such as multi-organ failure, hypoesthesia (partial loss of sensation), and death were reported (12). A similar variety of symptoms were reported for other aminoglycosides. The purpose of this study is to have patients with aminoglycoside-induced impairments to complete the World Health Organization Disability Assessment Schedule 2.0 along with a list of symptoms they experienced and health conditions that arose after administration of this class of drugs. It is hoped that a compilation of the severity of impairments and daily living limitations might be helpful information for those who are seeking care from medical providers and dealing with insurance companies. If you have been adversely affected by aminoglycosides and would like to participate, please click on the link below.