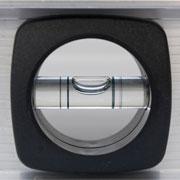 A survey of MdDS patients was conducted by a patient support group in Australia and reports on demographics, diagnosis, symptoms, and treatments used.

The following data constitutes information supplied by members of the MdDS Australia Community.

To report on the status of the current MdDS Australia Community, highlighting significant changes to data collected in December 2014.

In December 2014, the MdDS Australia Community comprised of n=40. We have now doubled that number. Many thanks to increased awareness that has come about from researchers and Drs alike.

There are really no surprises here….as far as cruising goes. Air travel is certainly ranking higher and being recognised as a trigger for Mal de Debarquement Syndrome.

MdDS in itself is a challenge for some medical professionals who are unfamiliar with the condition. Many go misdiagnosed or undiagnosed. One of the aims of MdDS Australia, as a patient support group and an organisation, is to raise awareness of this condition. Given the data, this appears to be happening. People are being diagnosed more quickly and by the right physicians. In the previous year we had a self-diagnosis rate of nearly 50%. This has seen a quick turn around, as patients are being referred to neurologists*, there is a significant change.

In all essence, this is important and something which maybe overlooked. Whilst some situations cannot be avoided, it is possible for patients with MdDS to be aware of triggers and perhaps modify exacerbating situations.

This question was asked to see if we had some sort of consistency of medication being offered by Drs and the benefits to date. Unfortunately, answers were fairly vague.

The main responses were:

A lovely 79% of the MdDS Australian Community said they would be willing to partake in treatment trials.

Dr Alan Pearce at Swinburne University in Melbourne using rTMS. This will be a continuum of his work done at Deakin University in 2014. The results of which were published in The Journal of Neuropsychology early 2015.

Dr Katrina Williams is doing some work at the University of Queensland using an approach to incorporate vestibular rehabilitation, visual and motion desensitisation and balance retraining integration. MdDS Australia has yet to receive any data pertaining to results with the treatment being offered.

The MdDS Australian Community has grown more than 2 fold, largely due to the growing awareness of this condition, together with MdDS being taken on board as a chronic condition which has true impact on the functionality on the quality of life of a person with MdDS . I was told 3 years ago by a neurologist to ‘go home and deal with it’. So I am, by raising awareness of this condition, offering support to others and promoting potential effective treatment options. - Chris Daws