Stop the World from Spinning 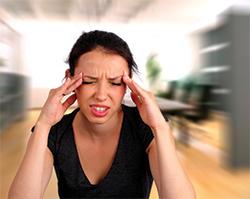 Imagine walking down the street when you suddenly hear a roaring in one ear and everything around you begins to violently spin. You might drop to your knees, unable to control the overwhelming dizziness and nausea that is likely to keep you confined to a dark, quiet room for several hours or more until it gets better. Even worse, now that it has happened, you will never know when, or if, it will happen again.

This is what life is like for someone with Ménière's disease, a balance disorder that affects approximately 600,000 people a year in the United States, and primarily strikes adults between 40 and 60 years old. Researchers still aren't entirely sure what causes the roaring in the ears and the dizziness of Ménière's disease, although they do know that it has to be the result of some kind of disturbance in the inner ear's vestibular system, which helps us maintain our sense of balance. Most people only experience problems in one ear, but a small minority will have attacks in both.

The treatments currently available for Ménière's disease aren't always effective and some can only end the dizziness by causing hearing loss. Some people are never able to find relief from their disabling symptoms and live with the uncertainty and the attacks of dizziness for the rest of their lives.

This could begin to change, thanks to the work of Jay Rubinstein, M.D., Ph.D., and colleagues at the University of Washington, Seattle. The scientists are using a device based on the same technology found in a cochlear implant to stop a Ménière's attack by restoring a stable pattern of electrical activity in the vestibular nerve of the damaged ear. Like the cochlear implant, the vestibular implant consists of a wireless processor worn behind the affected ear and an implanted device almost directly beneath it. Instead of traveling to the cochlea, however, the electrodes snake into the three semicircular canals—one in each canal. In addition, a handheld controller uses push buttons to start and stop a range of electrical stimuli that can be directed to any or all of the electrodes. The rates and intensities of these signals are customized to each patient.

According to Dr. Rubinstein, at the first warning signs of an attack—usually either an extreme feeling of pressure in the ear or roaring tinnitus—someone wearing the implant only has to push the buttons until he or she finds a series of signals that may make the symptoms retreat. "They can start by stimulating one of the semicircular canals—the one that we think is the most likely to control their symptoms," says Dr. Rubinstein. "But that could change the symptoms in such a way that we'll need to activate the other canals as well." Once the dizziness is gone, the controller is turned off.

If the current clinical trial is successful, doctors will have another option for people with Ménière's disease that resolves their vertigo and spares their hearing. Moreover, if it is found to help control vertigo—a symptom of a number of balance disorders—it may be useful in the treatment of many more people as well.