More than 1 in 20 U.S. children have dizziness and balance problems 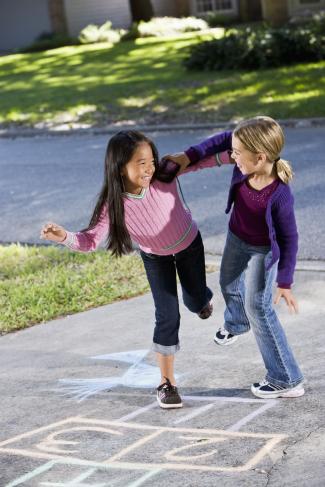 More than 1 in 20 (nearly 3.3 million) children between the ages of 3 and 17 have a dizziness or balance problem, according to an analysis of the first large-scale, nationally representative survey of these problems in U.S. children.

Researchers found that girls have a higher prevalence of dizziness and balance problems compared to boys, 5.7 percent and 5.0 percent, respectively. In addition, non-Hispanic white children have an increased prevalence of dizziness and balance problems (6.1 percent) compared with Hispanic (4.6 percent) and non-Hispanic black (4.3 percent) children. The findings were published online January 27 in The Journal of Pediatrics.

“These findings suggest that dizziness and balance problems are fairly common among children, and parents and providers should be aware of the impact these problems can have on our children,” said James F. Battey, Jr., M.D., Ph.D, director of the NIDCD and a pediatrician. “Parents who notice dizziness and balance problems in their children should consult a health care provider to rule out a serious underlying condition.”

Previous estimates of dizziness and balance problems in children have ranged from 5 to 18 percent and have been based on limited, foreign, population-based studies. To better understand the prevalence of these problems among U.S. children, a team led by researchers from the epidemiology and statistics program at the NIDCD analyzed data from the Child Balance Supplement to the 2012 National Health Interview Survey (NHIS).

The NHIS is an annual survey conducted by the National Center for Health Statistics (NCHS) at the Centers for Disease Control and Prevention. The survey uses personal household interviews to gather information about a range of health topics. The Child Balance Supplement was included in 2012 and was the first large-scale supplement added to the NHIS survey to assess dizziness and balance problems among children. The NIDCD provided funding for the 2012 Child Balance Supplement.

The researchers analyzed data on nearly 11,000 children, ages 3 to 17, based on parents’ responses to the survey. Parents were asked if in the past year, their children had been bothered by symptoms of dizziness or balance problems such as vertigo, poor balance/unsteadiness when standing up, clumsiness/poor coordination, frequent falls, fainting or light-headedness, or other dizziness and balance symptoms.

The researchers report that:

Parents reported moderate or serious difficulties in 18.6 percent of children with dizziness and balance problems.

The researchers also found that only one-third, or 32.8 percent, of parents with a child with a dizziness or balance problem reported having received a diagnosis of an underlying condition. The percentage of children diagnosed rose to 59.6 percent among children whose parents reported they had moderate to serious difficulties with dizziness and balance problems. Reported causes included neurological problems; ear infections; head or neck injuries or concussions; developmental motor coordination disorder; genetic causes; metabolic problems such as hypoglycemia; prescription medication or drugs; severe headaches or migraines; malformation of the ear; and vision problems.

Children with any reported difficulty hearing were two times more likely to have dizziness or balance problems compared with children who had normal hearing. Other risk factors associated with dizziness and balance problems included impairments that limit a child’s ability to crawl, walk, run, or play; frequent headaches or migraines; certain developmental delays; a history of seizures in the past 12 months; stuttering/stammering; and anemia during the last 12 months.

“Our findings are consistent with the limited prevalence data in other countries, and provide much-needed baseline estimates of dizziness and balance problems in U.S. children,” said Howard J. Hoffman, M.A., co-author of the study and director of epidemiology and statistics at the NIDCD. “Dizziness and balance problems in children continue to be an understudied area, and we hope that this analysis leads to a better understanding of the scope and risk factors associated with these issues.”

Chuan-Ming Li, M.D., Ph.D., an NIDCD statistician, was the lead author. Researchers from the Johns Hopkins School of Medicine, Baylor College of Medicine, and Marshall University also contributed to the analysis. The data will be used to track the increase in children’s use of the healthcare system to diagnosis and treat these disorders as part of the Healthy People 2020 initiative. Healthy People 2020 was launched in 2010 by the U.S. Department of Health and Human Services and aims to prevent disease and promote health, in part by increasing use of health care services.

This work was supported by the NIDCD and NCHS through an interagency agreement (Y1-DC-7001).

The NIDCD supports and conducts research and research training on the normal and disordered processes of hearing, balance, taste, smell, voice, speech, and language and provides health information, based upon scientific discovery, to the public.

About the National Institutes of Health (NIH): NIH, the nation's medical research agency, includes 27 Institutes and Centers and is a component of the U.S. Department of Health and Human Services. NIH is the primary federal agency conducting and supporting basic, clinical, and translational medical research, and is investigating the causes, treatments, and cures for both common and rare diseases.