Fit Physicians More Likely to Encourage Patients to Be Active 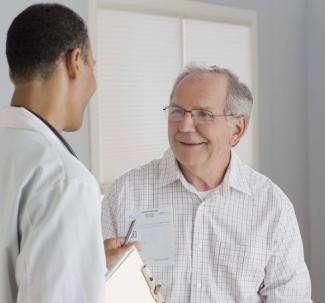 Healthcare providers who "walked the walk"--or were physically fit themselves--were more likely to encourage their patients to make regular physical activity a part of a healthy lifestyle, researchers report.

Their findings, based on a literature review of 24 observational and four interventional studies, were presented at EPI|NPAM 2013 , the Epidemiology and Prevention/Nutrition, Physical Activity and Metabolism 2013 Scientific Sessions.

Lead author Isabel Garcia de Quevedo (Centers for Disease Control and Prevention, Atlanta, GA) told heartwire that the study outcomes were not surprising, since "being more active [yourself, as a healthcare provider] . . . gives you the tools to give better counseling." If healthcare providers became more active and then more involved in counseling patients about this health habit, this could have an important impact on public health, she said.

The researchers identified 28 studies of how physical-activity habits of healthcare providers were related to counseling patients about physical activity. Most studies (21) were from the US and were based on self-reported replies to questionnaires.

In all but one of the 24 observational studies, the fitness habits of the studied healthcare providers--physicians, nurses, pharmacists, others, and nursing and medical students--significantly influenced the likelihood that they would take time to counsel patients about fitness.

Four observational studies reported that physically active physicians were two to five times more likely than their sedentary counterparts to counsel patients about this health habit.

In two intervention studies, physicians who improved their own fitness levels were subsequently more efficient and confident when counseling patients about making this behavior change.

In another study, medical students who received training to improve their lifestyle habits were more likely than their peers to counsel patients about physical activity during standard patient examinations.

Information from Industry Are you concerned about the long-term safety profile of treatments for your relapsing MS patients? View the profile of a disease-modifying therapy "In a busy practice, you only have so much time and resources [and] . . . if you yourself practice [a healthy habit such as keeping physically fit], this study would show that you are more likely to engage [in this conversation] and advocate that for your patients," said Dr Brian McCrindle (Hospital for Sick Children, Toronto, ON), who was not involved in the study.

Physicians can be positive role models. McCrindle, who does triathlons among other activities, noted that patients "are more likely to view healthy lifestyle advice in a positive manner if the physicians themselves look like they are following their own advice."

When counseling patients, healthcare providers should share their personal fitness stories, which can help motivate patients and make the physician seem more human. "Patients will react to a personal story . . . rather than [simply being told] "you should do this, and this is how you should do it," McCrindle noted.