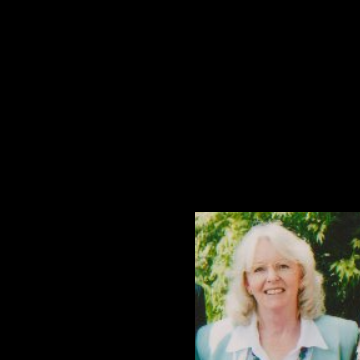 Everyday may not be good, but there is something good in every day.
Mal de Débarquement

My journey began in 2006 after flying to New Zealand and back over a weekend, to do a training session with staff.

On my return I developed a flu/virus which sent me to bed for a number of days.

After going back to work, I began to feel unsteady to the point where I was holding onto the wall when I walked around the office. I felt like I was walking on a waterbed, began feeling confused, unable to think clearly and remember things. It was terrifying. I thought I’d had a stroke.

I went to the doctor many times and was dismissed as being stressed or tired. Often told, without any testing, that symptoms were psychological and to see a Counsellor. This type of gaslighting remains rampant and I would be rich if I had a dollar for every experience.

I had been training in Counselling and knew that this was physical, not psychological. However, to make sure it wasn’t me, I attended Counselling, investigated lots of therapies including Chiropractic, Acupuncture, Bowen Therapy, Massage, Kinesiology, change of diet, addition of vitamins, CBT and any other number of mind-based exercises to fix “my weakness”. Life became, more and more difficult.

I had been employed with the same Company over a 30-year period. However, there was no compassion or understanding when I became unwell. I volunteered once a week at Lifeline but work became so difficult, I had to discontinue. It was decided that I would not be able to train staff locally when they were in the office, but would have to fly interstate on a regular basis. This involved not only air travel and its inherent issues and fatigue, but also carrying a projector, laptop, manuals and associated ephemera as well as my clothing etc. This made it physically beyond my capacity. I weigh 52 kilograms soaking wet and while feisty and determined, there are some things that I just can’t do not matter how hard I try.

I left employment in 2010. My replacement had already been employed for several months with a view to taking my position. I received lots of recognition and thanks from the people I had trained and supported, so I took that as confirmation that I must have been doing something right and that other forces were at work. Around the same time, my mother, who lived with us, was diagnosed with a very aggressive, terminal lung cancer and she passed away the month after I left work.

Throughout this time, I had continued to bounce off my GP hoping that she would see how I was coping emotionally, but really struggling physically. Eventually In 2013, I was given a referral to a Neurologist whose first reaction was to check if I was a hypochondriac and doctor shopping for medications or just imagining things. His second reaction was to put me on anti-depressants. I’ve had serious reactions to many medications in the past so I’m very cautious about what I take.

The side effects I’ve experienced have been devastating and sometimes have taken months to get back to “normal”. Every day is difficult enough without having to endure experimentation as well. Unfortunately, many GP’s and Specialists regard any push back or complaint about side effects as being “uncompliant”, “difficult”, “psychological issues” and the list goes on…

I mostly attended appointments by myself and later had to get my husband to take me. He could not believe how dismissive the doctors were. He had seen me struggling for years and each medical visit was just another blow. On one occasion he noticed that the doctor was already standing to see me to the door before I finished speaking and our joke became “That will be $300 please, Next…”

The Neurologist who diagnosed me in 2013 had just read an article somewhere and when I said “I feel like I’m walking on a waterbed” he connected the dots and said it sounded like MdDS – I had never heard of it, but he described the symptoms and I was excited that this condition may be a “real thing” and there may be a “real treatment”.

Unfortunately, again, the only treatments he could suggest were Counselling, antidepressants and more, or different antidepressants if the first ones didn’t work. Against my better judgement, I persevered with a medication for a year until I found that I was emotionally flat-lining, not being able to feel happy or sad, not really feeling present in my own life. After I stopped taking the medication it took 6 months or more to recover myself and my appetite. It was an awful time.

On one occasion a Neurologist actually asked me if I was depressed – I was disappointed with myself that I became tearful when I started explaining to him that I wasn’t depressed, just very, very sad about all the things I’ve lost as a result of this condition. Those losses included my job, any chance of employment at all, my volunteer work, my ability to just move around easily as I once had, to ride my motorbike, to keep up with my husband, to hang out the clothes, to go shopping, clean the house and keep studying – in fact just to enjoy the normal, mundane, day to day things of life.

I also told him I was an intelligent, educated and competent person who had held down many responsible jobs in the past and there was absolutely no psychological pay-off for being in this nightmare.

In 2014, as a result of efforts for recognition of MdDS by Chris Daws, I applied for Disability Support including Parking. This was a huge help with the concession card, and easier access to places due to reduced exertion. At first glance, I look ok, and so far have not been challenged for my use of parking.
I have had this for a long time now and I’m delighted to see that people are being diagnosed faster and in some cases without the gaslighting of the past. On one hand I’m glad there is a support group, but it saddens me to see more and more people needing to join. While it can be hard to remain optimistic, I’m grateful I still am, but feel enormous compassion for others who are doing it much tougher than me.