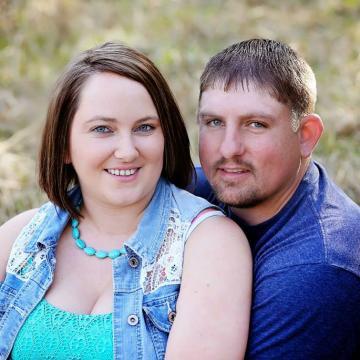 I have something called Uncompensated Peripheral Vestibulopathy. I’ve been told there are several kinds of this but I’m not sure the exact one I have. The report from the balance test just says Uncompensated Peripheral Vestibulopathy. I have a “unilateral weakness of 25%” in my right ear. There seems to be no explanation of how this was brought on or why since I’ve never really had an ear infection.

I say this loosely. At one point, probably around 2011, I woke up and I couldn’t stand. The room was spinning uncontrollably, but other than that I felt okay. There was no fever, I wasn’t nauseous and my ears felt fine. I went to the doctor thinking I must have a mild ear infection. She said it didn’t look like it, but would prescribe antibiotics anyway just in case. I felt better in 3 days. That was the only time I had felt dizzy, that is until the next year.

In 2012, I began to feel dizzy and shaky but only during the week of my period, and especially if I didn’t eat lunch right when I was hungry – usually around 11 a.m. I discussed this with my doctor and we immediately tested for diabetes, hyperglycemia, hypoglycemia and a thyroid disorder. All tests came back negative. I was normal. We narrowed it down to hormones. I put myself on birth control after that.

After quite a while on the pill, I still felt dizzy during my period, and it was getting worse. We switched my birth control to the depo shot. This did not work out at all. I bled for 3 months after each shot. We switched it again, this time to the patch.

After several months on the patch the dizziness began to escalate. Now it wasn’t just during my period. It was random and terrible. I had trouble walking and focusing on anything. In January of 2015 it began to increase dramatically. I went back to the doctor and we did more blood work. Everything we tested for came back negative. I tried more protein in my diet, meclizine for vertigo. Nothing worked.

In June of 2015 it got even worse. Now certain things would make the dizziness come on quicker. If I got too hot I felt like I was going to pass out. I began drinking more water, or Gatorade for some electrolytes. In August, I got married. During the reception, I was so hot and so nervous I had to change out of my dress in order to get the dizziness to stop. During our honeymoon, we went to New Orleans. The heat was hard on me. The amount of people was harder. I learned very quickly that crowds, heat and hunger were huge triggers.

After the honeymoon, I went back to the doctor. We did all the head maneuvers, tested blood sugars and decided to see an ENT. The ENT was a bust. My ears were fine. It was a waste of time to pay $90 bucks for a 5 minute appointment as well. I was referred on to a balance test. I arrived and there was no co-pay. I did the test and the lady told me about my right ear being at 25% less, but that it was an old issue and probably had nothing to do with the vertigo. The report she later sent to my doctor said the exact opposite. Then she billed me for $800. Terrific. We also did an MRI. The result of which was normal. I paid almost $800 up front and was billed yet another $1800. Bills were piling up and I still had no explanation. Neurology was next. $80 more to be told there was nothing wrong with me. I also tried several medications: Meclizine, Prozac, Valium… nothing helped, and it was hard to have a normal daily routine when you were sleepy.

I went for a follow-up with my regular doctor. She read the balance test results to me, which said the opposite of what they told me. They said I had uncompensated peripheral vestibulopathy. The only recommendation was physical therapy for vertigo. There’s only one place to do that near me, and it was at the same location that charged me $800 for a balance test. Almost two hours away from home. If I want to keep my job, I can’t do it. I can’t afford it. I can’t drive myself to it.

The dizziness was so bad at this point I was down to 40-60 hours of work every 2 weeks instead of 80. My boss had to drive me home from work frequently because I got so dizzy I could barely stand. I couldn’t drive myself anywhere. If I was driving, I had to pull over and switch with my husband. Being around lots of people made it worse. I felt like I was having panic attacks when the dizziness would come on. I would sweat and get shaky and have to lie down. In October of 2015, my husband thought it would be a good idea to stop taking birth control. The hormones, it turned out, increased the dizziness. I have since then not had as many severe attacks of vertigo, but have never felt 100% better. Crowds are still hard, grocery shopping is tough, driving at night is very hard.

I have migraines. I always have. Maybe this is why. Maybe not.

I’ve since learned that my symptoms are pretty normal for the illness they said I have. Things that make my brain feel “sleepy” will help. That’s no way to live a life though. I don’t take anything for vertigo now. I can’t do the physical therapy. I do not have severe attacks as much, but I’m still constantly dizzy. Computers make me feel worse and my job is 100% computer work. Crowds are terrible – Aaron has to go with me for big grocery trips. If I drink a lot at a party or get together, I feel better, but again… that’s not a huge option or anyway to live a life.