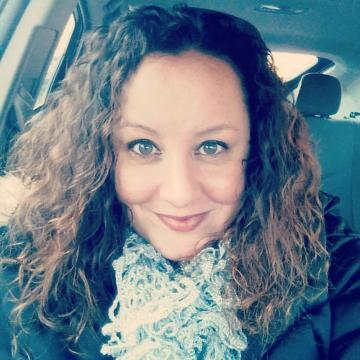 Be gentle with yourself, you're doing the best you can.
41
Other

Hello fellow Warriors! So, this is my story, an abbreviated version. I experienced my first BPPV attack when I was in my late 20’s. Over the next decade I experienced short bouts of vertigo once in a while, but nothing prepared me for the uphill battle I was about to face. It was a regular work day in April 2016, when out of the blue I experienced what doctor’s later came to suspect was Vestibular Neuritis. I went home thinking it was just another bout of BPPV, but this time the Epley Maneuver did not work. The doctors ordered several tests, which all concluded that I was “normal”. I asked myself, how can I be normal when I can’t even leave my house due to the 24/7 dizziness, rocking and visual vertigo? The doctors told me that it will go away in six weeks’ time, but six weeks came and went and I was feeling even worse and hopeless, but I knew I had to keep fighting. I educated myself by reading VEDAs website and finding the right type of doctor, treatment and support system. It wasn’t until I was prescribed Vestibular Rehabilitation Therapy that I began to recover, which took about five months. I had nine glorious months of recovery until my next spell hit. It was July 4, 2017 when I woke up with the world twirling around me. This time the disorder wasn’t as horrifying as the first time around, but this time it didn’t go away after five months, even with VRT. I had further testing done and it was concluded that I have Meniere’s disease, Chronic Vestibular Migraine and Binocular Vision Dysfunction. I was told I have the “trifecta” of Vestibular disorders, which means that it will just take me longer to recover. I lost the job I love during this journey, but it has made me realize what the most important key to life is, our health. Without that we have nothing. I am currently working to regain my life back; I am trying different types of medication, going to VRT weekly and learning how to cope with what life has given me. In 2016, a fellow vestibular sufferer and I started a Facebook support page called Vestibular Hope. We wanted to find a purpose for everything that was happening to us, and we knew that if we could help one person a day with their struggle, then that day was a success.