Accepting help: Relying on a Caregiver

Caregivers play an important role in a vestibular patient's recovery. No one knows this better than Cindy and her husband, Jeff.

With a little help from my Jeff

My husband and I have never been overly sentimental. We don’t have romantic dinners. There are no overstuffed teddy bears in my closet. I don’t even wear my wedding ring.

But February 14, 2008, was the first Valentine’s Day since we’d been together that I wasn’t working. We decided we’d see what all the fuss was about and at least go out to dinner.

That evening, I felt a general sense of malaise. I wondered whether I might be getting a cold. Jeff wasn’t set on us going out, but I thought we “should.” I was miserable in the packed restaurant, becoming dizzy, sound sensitive and exhausted. These were the first symptoms of my vestibular journey. It was also my first lesson in learning that when you try to live up to the “shoulds” in life, you often make matters worse.

In the weeks and months that followed, vertigo and migraines became a near-constant presence. Sometimes I lost the ability to read or speak. I drove myself to medical appointments when I had no business driving. I had just started a new job and had almost no time off from work. And Jeff worked too far away to be able to take me to appointments.

We thought we were dealing with something acute—and so did my doctor.

In those first months, Jeff took over all household duties, caring in the evenings for both me and our five pets. Most nights, all I could do was eat supper and then lay on the couch until bedtime. Going to the grocery store was a near-impossible task.

Stairs made me dizzy, as did bending over, the clattering of dishes and the bark of my dog. It seemed like everything was a trigger that made me sicker. 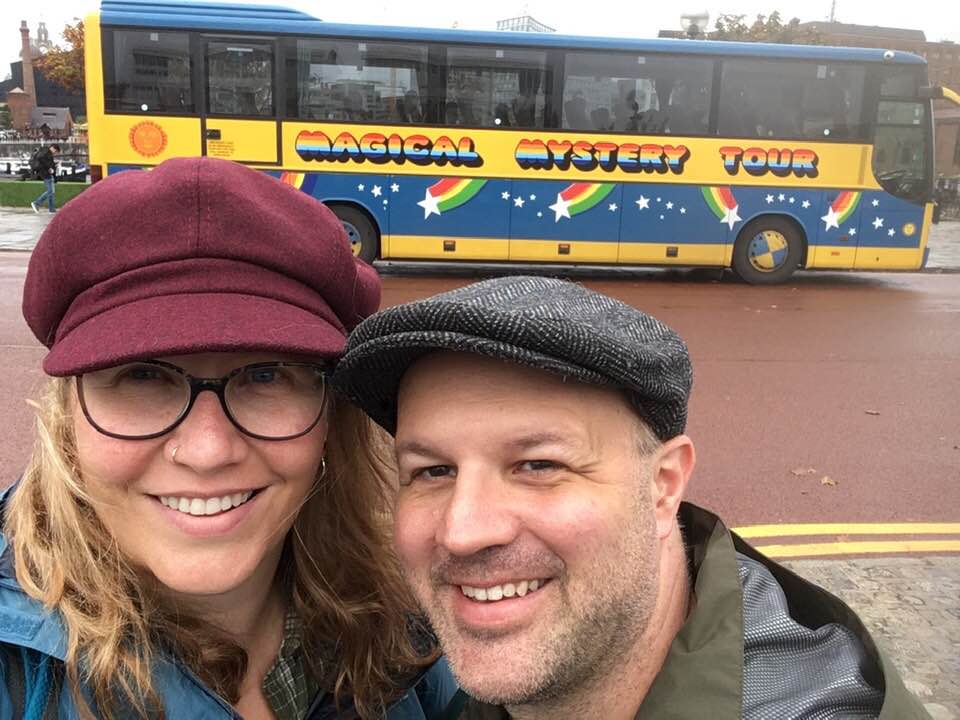 As it became obvious to us that my problems wouldn’t disappear as quickly as they’d come on, Jeff looked for work close to home so he could take care of both me and our pets, who needed a lunchtime bathroom break. He traded a career in his profession for a job close to home.

I was undiagnosed for five years. In that period, doctors put me on about 50 medications, many with dangerous and frightening side effects, like hallucinations, vomiting and sleep paralysis. Sometimes I felt like an utter burden. When my illness was at its most overwhelming, I’d tell Jeff to leave the house so he could take care of himself. “Go to a bookstore. Get a coffee.” Anything to help him relax and recover. “I’ll still be sick when you get home. It’ll be fine,” I’d tell him. Sick was the status quo for me, but I didn’t want my illness to dictate every part of his life, too.

My friendships changed; though friends remained supportive, they no longer knew how to interact with me. I pushed myself too hard to go on trips and attend parties as if I weren’t sick, and I ended up straining those relationships.

When we moved cross-country, Jeff stayed behind at our old house to prep for the move while I started a new job in Oregon. He dealt with everything that had accumulated in the house during my five years of illness. I can’t imagine how overwhelmed he must have felt. What we didn’t know was that Jeff’s caretaking days were nearly over.

I quickly found a new doctor, and within 10 weeks of arriving in Oregon, I had a correct diagnosis. Three months after arriving, I had the first of three vestibular-related surgeries.

During my recovery, my father said, “I just can’t believe Jeff stayed with you through all of that.” I’d never had any doubt. It had never occurred to either me or Jeff that he might leave me. In talking with other vestibular patients, I realize how lucky I am. When asked the secret to Jeff and I’s happiness, I always say, “Marry your best friend.”

This Valentine’s Day, we don’t have any special plans. We’ll enjoy each other’s company, and we’ll talk about the journey that started 11 years ago. But we probably won’t go out to dinner. I am, after all, still a vestibular patient.