Have you ever had a doctor tell you that there was nothing wrong with you, that your vestibular symptoms are all in your head, and that you should just get out of bed and stop pretending to be sick? 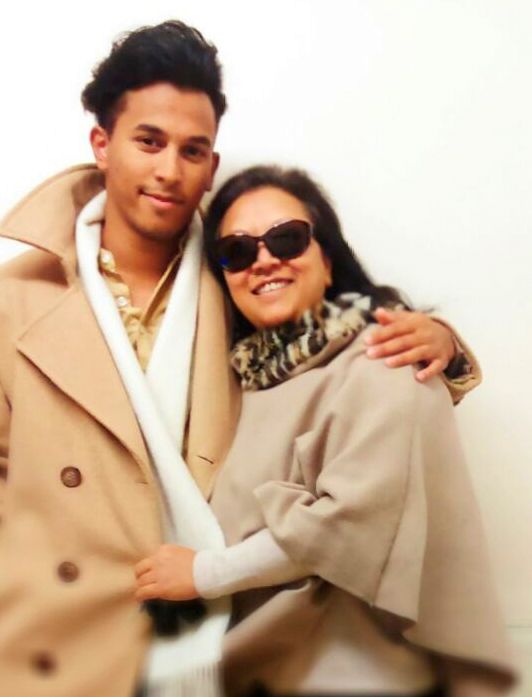 That’s what happened to Etrily L. from Oxfordshire, England. For over ten years doctors dismissed her vertigo, imbalance, nausea, headaches, and brain fog as psychological symptoms. They even tried to get her children taken away from her.

“I didn’t have the physical or mental strength to fight,” says Etrily, whose voice quivered when describing her vestibular journey. And friend, I have to tell you, I couldn’t help but get choked up listening to the terrible trauma Etrily has endured.

That’s why I’m passionate about VeDA’s mission to inform, support, and advocate for the vestibular community, and, friend, I know that you are too! Together, we can ensure that patients like Etrily receive the care and validation they deserve.

Etrily once had a successful career as a holistic therapist. She described herself as a workaholic, and says she loved helping people find health and happiness through changes in their lifestyle.

Etrily operated her business out of a five-star hotel. In 2004, while at work, she went to check on supplies in the stockroom.

Without knowing what happened, she awoke hours later in the hospital. Hotel staff said that a heavy metal ceiling tile had fallen on her head, causing a concussion. She couldn’t talk or feel anything from the neck down. “I was scared and confused,” says Etrily. “I didn’t know what was happening.”

The hospital did all the normal scans, which showed no abnormalities, so they discharged her, claiming that nothing was wrong.

But something was definitely wrong. Etrily couldn’t even walk out of the hospital, so friends had to carry her. That night she passed out and was brought to the emergency room, where they again declared her “well.”

In the years later, Etrily went from doctor to doctor, all while fighting to retain custody of her children. It wasn’t until she found neurologist Peter Harvey in 2009 that she was diagnosed with a vestibular disorder.

She became so ill that she couldn’t work. She finally obtained permanent disability, but it wasn’t easy. The medical advisor on her case reported that she was well-dressed and acted normal, therefore there was nothing wrong with her. Finally, she got a judge who understood vestibular disorders and granted her disability claim.

Then Etrily found VeDA. “VeDA gave me many tools and introduced me to people who are in the same situation,” says Etrily. “Others don’t understand that the days you’re down you can’t even brush your teeth, let alone take a shower.”

I am sure this is a sentiment which rings true to so many VeDA members. And that is why the heart of VeDA’s mission is supporting patients like Etrily, who are struggling and have nowhere else to turn.

Thanks to generous donors like you, VeDA is able to provide information to help vestibular patients like Etrily understand what they are going through, tools so they can cope, and a support network so they never have to feel alone.

Today, Etrily is a VeDA Ambassador, sharing her story to help raise awareness about vestibular disorders. “It seems unreal that a whole decade has passed by and I’m finally out of bed!” she exclaims.

I’m sure you can relate to Etrily’s story, and I hope that you, too, have found comfort and help through VeDA’s Community of Support.

You should be proud of what we have accomplished together! With your help, VeDA continues to expand our educational resources while also making great strides toward reducing diagnosis times through our advocacy efforts. Just this week our patient registry exceeded 500 participants, and medical advisors are analyzing the data so that it can be used to increase funding for vestibular research.

VeDA is succeeding in its advocacy work, resulting in greater knowledge about vestibular disorders and the impact they can have on patients.

We need your support now more than ever to build on this momentum.

Please, would you donate $25, $50 or $100 today so that vestibular patients around the world don’t have to suffer alone?

Your gift enables VeDA to:

Thank you for your support! You give patients like Etrily the chance to reclaim their life, and the reassurance that they are not alone.