Kate Taylor lives in London, England. We have never met but I feel like I know her. I became aware of Kate and her inspiring story from a mutual Facebook Friend who suggested I tell the story of Kate’s Dizzy Dash.

Dizzy Dash, you ask? I had heard about the Dizzy Dash because I am a VeDA member and knew it had something to do with Balance Awareness Week. Other than that, I had no idea what it was or how influential it is, and can be, in the life of a person living with chronic vestibular issues. I have been dealing with chronic vestibular dizziness since 2013 and I have enormous empathy for those who deal with the daily struggle to live a normal life. I am always drawn to the story of people who have successfully relaunched their lives.

The Dizzy Dash is described on the VeDA web site as “a Virtual 5K-3.1 mile run, walk or stroll to raise funds and awareness about Vestibular issues.” It is intended to take place during Balance Awareness Week, which this year is September 12-18. People sign up for their own version of the Dizzy Dash and establish their own strategy for completing it. Kate made it her mission to sign up, participate, and finally complete her first Dash in 2015. This is her story. 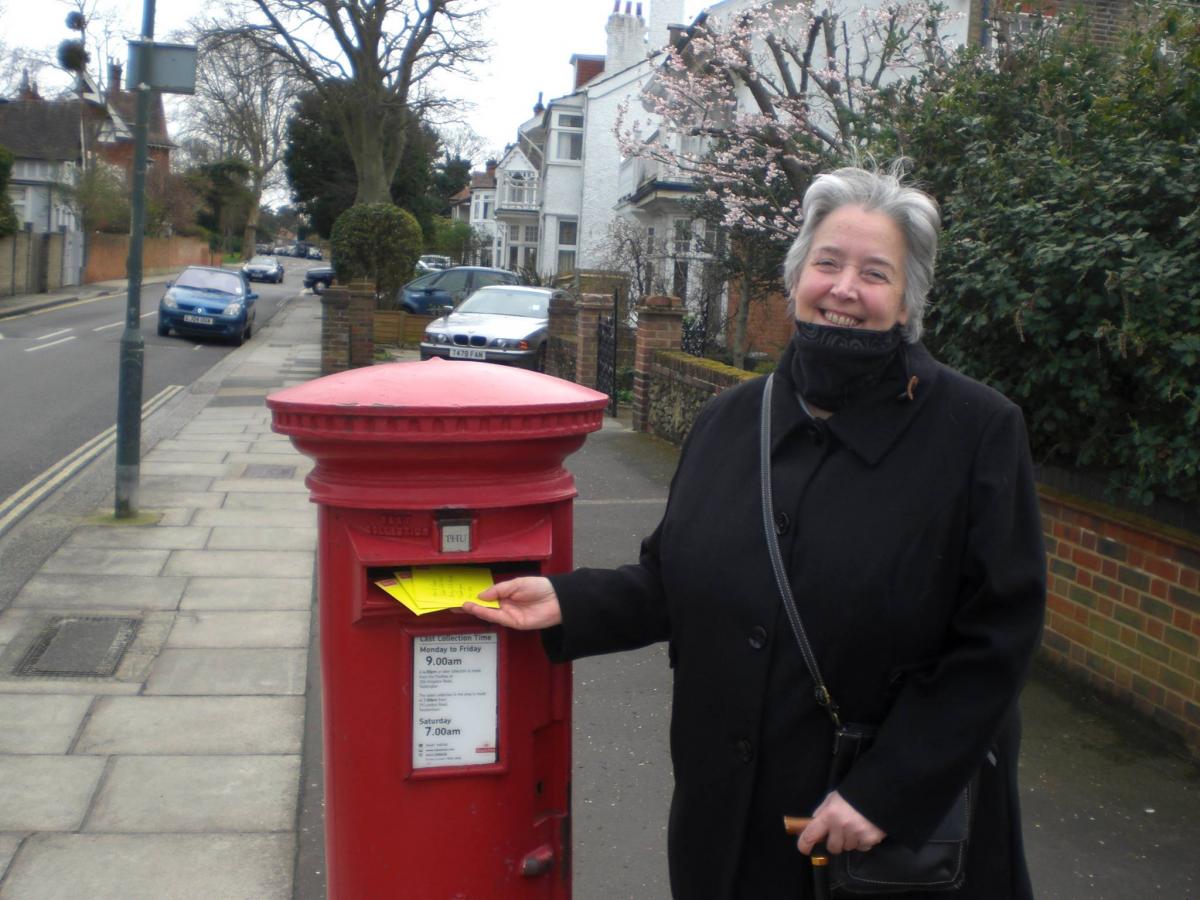 Kate, in her mid-fifties, is the proud mom of a son who is away at University. She suffered a head injury as a child and has dealt with some level of vestibular issues ever since. In 2000, she began to suffer from chronic vertigo and was fortunate that her doctors were able to control the disruptive symptoms with medications. There was never a recommendation to uncover what was causing the constant spinning since it was being managed. That changed in 2011, when Kate’s brain dramatically decompensated. Further investigation led to her diagnosis of Peripheral Vestibular Disorder with Visual Vertigo. She was told at the time of her diagnosis that “this condition will destroy your life” and it did! Over the next three years, she lost her entire way of life. By the end of 2014, she could no longer work. She could no longer keep her home. Important relationships in her life, including her marriage, had been lost.  Her social life had ceased to exist. She was unable to care for herself and perhaps most painfully, she wasn't able to be the mom she wanted to be for her son, James. Her old life was gone. What next?

Many people would have been unable to move forward. Kate found the strength to take a different path. She undertook VRT with a Vestibular specialist for 3 years. Even today, she still works on a home based VRT rehab program and physio exercises that are targeted at strengthening her legs and core. She no longer takes any drugs to manage her symptoms because her medical team told her they can inhibit rehab. Mindfulness meditation is an important part of her daily routine and she uses a cane to walk outside her house. Although she is medically retired from her previous career, she says that maintaining her current state of health and trying to make further progress is hard work and a full time job! She is grateful that she and her husband, although still living apart, have been able to reestablish a good relationship in recent years.

Kate’s goal is to continually improve. That takes us to the Dizzy Dash.

When she first heard about the Dizzy Dash last year, she had been focused for several months on working on her walking skills after the onset of further health problems. She decided that her commitment to completing her own Dizzy Dash was the perfect opportunity to drive further improvement in her rehab and give her a real sense of achievement. When she began, the furthest she'd walked was ¼ mile. But she did not allow that to deter her.

I asked her what doing the Dizzy Dash had done for her confidence. “It really helped me believe that I could get out and about and do things on my own.” Her positive attitude, perseverance and practice now has her walking 2 miles at a time! 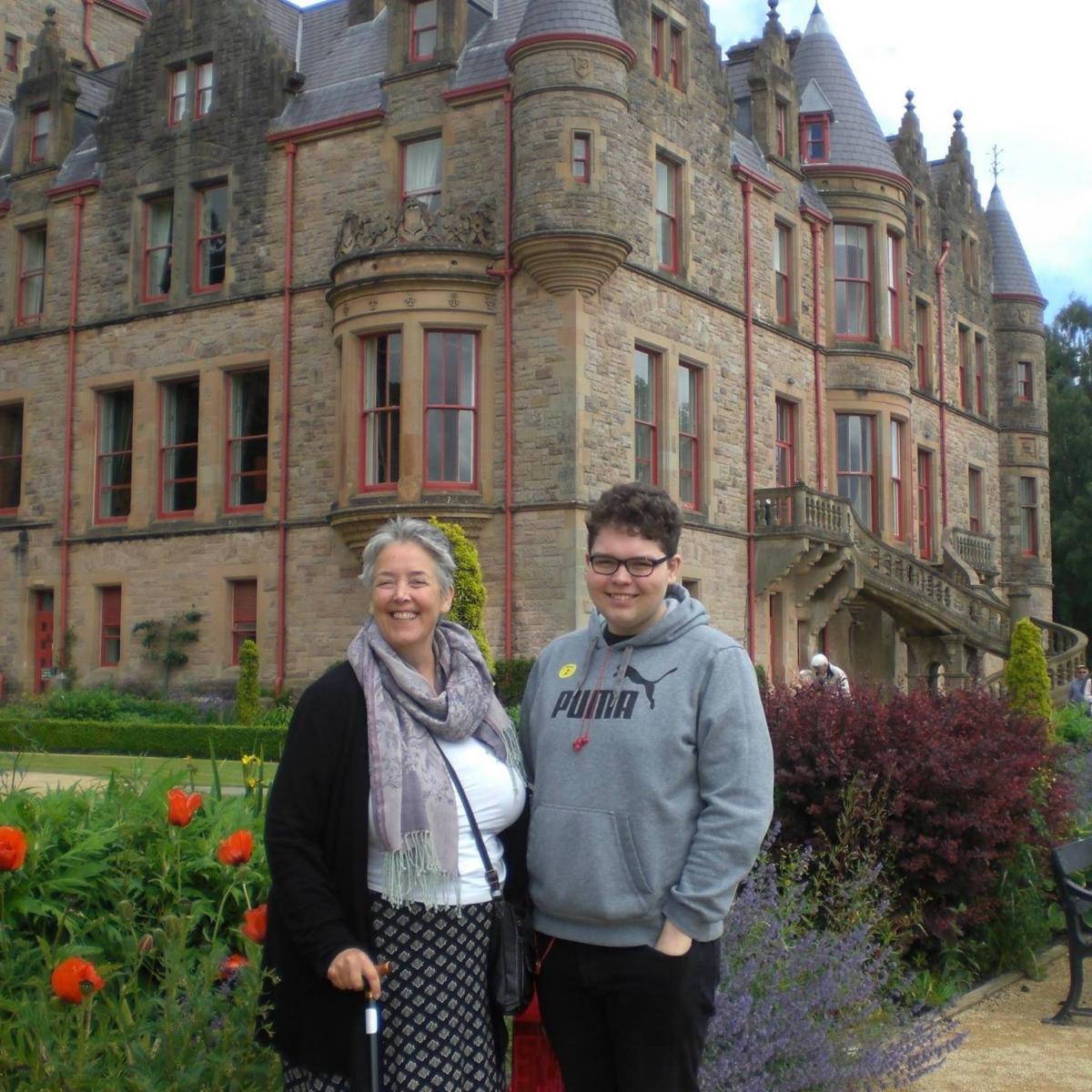 Kate Taylor prepared for her first Dizzy Dash one year ago this September, by staggering up and down her living room. Her son James, who has been hugely supportive in Kate's rehabilitation, walked some of the segments with her. Kate describes James as being her North Star. “Whenever I am lost or confused, he marks the way I need to go.” But most of the walking was done on her own. She was determined and that determination helped build her confidence to walk a little bit further the next day. It took her 2 weeks elapsed time to complete the 5K – 3.1 mile challenge. This year her goal is to complete it in two sessions. An amazing accomplishment for a tough inspiring woman!

Her closing thoughts for others struggling with vestibular illness? “You are not alone. Never give up.” She shines a bright beam of hope for those suffering with chronic dizziness. Thank you Kate.

If you are interested in doing your own Dizzy Dash, register soon! Balance Awareness Week begins September 12, 2016.