When dizzy spells mean your heart has stopped 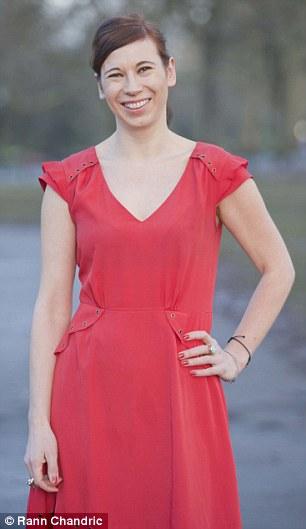 Doctors thought Kitty was too young and fit to have a heart problem. But they were wrong.

When Kitty Buchanan-Gregory saw her GP about dizzy spells, she could tell she wasn't being taken seriously - and she could understand why.

'I was 30, didn't smoke, ate healthily, drank little and trained with my rowing club five times a week,' says Kitty, now 39, a business project manager from Battersea, South London. 'I could see the doctor mentally giving me the all-clear before even checking my pulse and blood pressure, which both proved normal.'

Kitty had suffered from sporadic dizzy spells since childhood, but over the years they gradually became more frequent and frightening, and by the time she saw her GP, she had them most days - sometimes several times a day.

'If I was walking and couldn't hold on to something when one of these attacks happened, I'd fall, but mostly it happened when I was sitting. All of a sudden I felt I was swirling under water and drowning, and needed to focus on not being sick.

'Then, within no more than ten seconds, I'd jolt back to normal, so people never noticed. Because I seemed healthy, the GP concluded it was stress from work. But I was convinced something was wrong.'

The dizzy spells continued and, over the next three years, Kitty returned to her GP practice four times, seeing different doctors, who agreed it was probably stress.

At this time she was so desperate for an answer, she had a private medical screening through work. 'It included an ECG (electrocardiogram) that measured electrical activity in my heart for a minute or two. But the doctor said I was one of the fittest people he'd seen. So I decided to try not to let my dizzy spells bother me.'

But two years later, in January 2009, Kitty lost consciousness - coming round in a pool of blood in her bathroom. 'I must have fallen backwards on to the door catch, leaving a 7in gash in my back, then gone forward, hitting my head on the bath. I was very shaken and worried about collapsing again.'

She returned to her GP a few days later asking for another ECG, and the doctor reluctantly referred her for one at St  Thomas' Hospital, London.

There she was fitted with a 24-hour ECG monitor. 'Frustratingly, I didn't have a dizzy spell that day,' says Kitty. 'I wanted something to show up because I was sure I had a heart condition.'

On the morning she returned the monitor, the hospital called and asked her to go straight to A&E where she was admitted immediately. A cardiologist explained that during the 24-hour test - even without having a dizzy spell - her heart had paused 60 times.

Kitty had a 'heart block', a condition common in elderly people, and a natural result of ageing, but which can occur in the young, too.

'It's a problem with the wiring of the heart,' explains Professor Peter Weissberg, medical director of the British Heart Foundation and former professor of cardiovascular medicine at Cambridge University.

'A normal heartbeat is initiated by an electrical signal from the heart's natural pacemaker, the sinoatrial node in the right upper chamber of the heart.

'With heart block - also called atrioventricular block or AV block - the signals are partially or totally blocked between the upper chambers [atria] and lower chambers [ventricles], which pump blood around the body. This is because the wiring either conducts the impulse abnormally slowly, or the wiring is broken, so the impulse doesn't get through at all.

'The heartbeat can become extremely slow, pausing occasionally - causing dizziness - but then restarts as other pacemaker cells in the heart take over.'

So why did Kitty's diagnosis take so long? Most GPs see thousands of patients suffering with dizzy spells, usually with no major underlying cause - which means they may not think that something serious is causing them.

While a standard ECG is a cheap and easy way to diagnose heart conditions such as heart failure or valve disease, it won't detect heart rhythm problems if they are intermittent and do not occur during the reading - that requires continuous ECG monitoring for days.

There are different types of heart block. First and second-degree heart block - both affecting one in 50 otherwise healthy adults - occur when electrical impulses are slow or fail to reach the ventricles, potentially causing dizziness.

Third-degree heart block, or complete heart block, which Kitty has, is when no electrical impulses from the upper chambers of the heart reach the pumping chambers. Instead, the heart keeps beating only thanks to cells in the ventricles stimulating a heartbeat - but because this kind of heartbeat has an extremely low rate, it can affect blood flow, leading to a raised risk of fatigue, dizziness, light-headedness, blackouts and cardiac arrest.

Kitty had a 'heart block', a condition common in elderly people, and a natural result of ageing, but which can occur in the young, too

Heart block can occur from birth or be acquired. Ironically, athletes may be at greater risk.

As Professor Weissberg explains: 'Heart rate is controlled by the vagus nerve, running from the base of the brain to the abdomen, which transmits signals through the body. It acts as a natural brake on the heart's pacemaker cells, particularly when we're at rest or asleep.

'The more physically fit a person, the higher their “vagal tone”, which means it acts even more as a brake, lowering  heart rate so the  electrical impulses are slow.' Other causes of first and second-degree heart block include inflammation of the heart muscle (myocarditis - usually caused by a virus), or low levels of potassium or magnesium in the blood, caused by extreme dieting, kidney conditions, damage from heart attack and Lyme disease (a bacterial infection spread by ticks).

Some heart and blood-pressure medicines - including calcium channel blockers and digoxin - can also delay electrical signals passing through the atrioventricular node (which electrically connects the upper and lower chambers of the heart).

Up to 10 per cent of over-70s with a history of heart disease develop complete heart block.

Often, first and second-degree heart block patients are not treated and only monitored if they have no symptoms and no cause, such as medications, can be found.

For other heart blocks, pacemakers, which stimulate heartbeat  by firing electrical impulses,  are advised.

It's thought Kitty's heart block was caused by an underlying problem, probably from birth. 'It's likely it was exacerbated by her extreme fitness,' adds Professor Jaswinder Gill, consultant cardiologist at Guy's and St Thomas' NHS Foundation Trust. 'You cannot predict when a long, life-threatening pause may occur in patients, so it's vital a pacemaker is fitted quickly.'

Kitty had hers implanted in January 2009. 'Getting used it wore me out. I was worried for the first six weeks, when muscles need to grow around it to avoid the  risk of pulling the wires out -  this can happen with awkward movements.'

Because of this risk, she's had to stop rowing.

The good news is she hasn't had any dizzy spells since. 'After my diagnosis, my GP half-heartedly apologised, but said: “We're not trained to look for people like you.” I could have been angry, but instead feel lucky to have a  second chance.'

Kitty is supporting the British Heart Foundation's Ramp Up The Red campaign next month -  visit rampupthered.org.uk