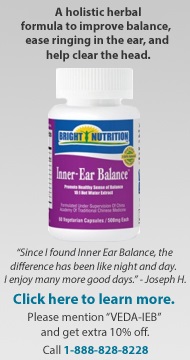 The Canalith Repositioning Procedure is also known as the "Epley maneuver."

BPPV occurs as a result of displaced otoconia, which are small crystals of calcium carbonate (also referred to as "otoliths" or “canaliths”) that are normally attached to the otolithic membrane in the utricle of the inner ear. Because of trauma, infection, or even simple aging, canaliths can detach from the utricle and collect within the semicircular canals. Head movements shift the detached canaliths and stimulate sensitive nerve hairs to send false signals to the brain, causing dizziness and other symptoms. The goal of the canalith repositioning procedure (CRP), a form of vestibular rehabilitation therapy, is to move the displaced canaliths to stop these false signals and the debilitating symptoms they can cause.

Through a series of head position changes, CRP moves the canaliths from the canal to the utricle. Once in the utricle, the canaliths may re-adhere to the otolithic membrane, dissolve, be broken up, or move some place where they can't cause symptoms.

These maneuvers involve a series of specifically patterned head and trunk movements performed by a trained professional who closely watches eye movements with each position change. CRP can be performed in the doctor's office with medication such as diazepam to help block nausea during the procedure, which takes about 15 minutes to accomplish. Precautions are provided for the days immediately following the procedure in order to ensure that the canaliths don't have the opportunity to return to their formerly problematic location in one of the semi-circular canals.

CRP is very effective, with an approximate cure rate of 80%. The recurrence rate for BPPV after these maneuvers is low. However, in some instances additional treatment(s) may be necessary.

There are two primary maneuvers: CRP (the Epley maneuver) and the Semont-Liberatory maneuver. The choice of maneuver depends on results of the Dix-Hallpike test (revealing which canal is involved) and whether or not the otoconia is inside the canal (canalithiasis) or hung up on the cupula of the canal (cupulolithiasis).

These maneuvers must only be performed by a professional specifically trained to perform them, who can safeguard against possible neck or back injury as well as determine whether certain health conditions (such as perilymph fistula, detached retina, vertebrovascular insufficiency, esophageal reflux, and others) exclude a person from being a candidate for this procedure. Potential complications from this procedure include the possibility of neck/back injury or debris moving into another canal.

Based on the cupulolithiasis theory of BPPV, Brandt-Daroff exercises were introduced in 1980 by Drs. T. Brandt and R.B. Daroff. They suggested a set of exercises for BPPV to be done multiple times over a period of time extending until two days after the bouts of positional vertigo had ended. The goal of these exercises was to loosen and disperse particles from the cupula of the posterior semicircular canal. Some have suggested these exercises also might work through habituation, where the repetitive stimulus to the brain reduces the brain's response to it.

As with the CRP maneuver described above for canalithiasis, a trained professional should be involved in determining whether these are appropriate exercises for each individual, and to help ensure that the exercises are being performed correctly and effectively. 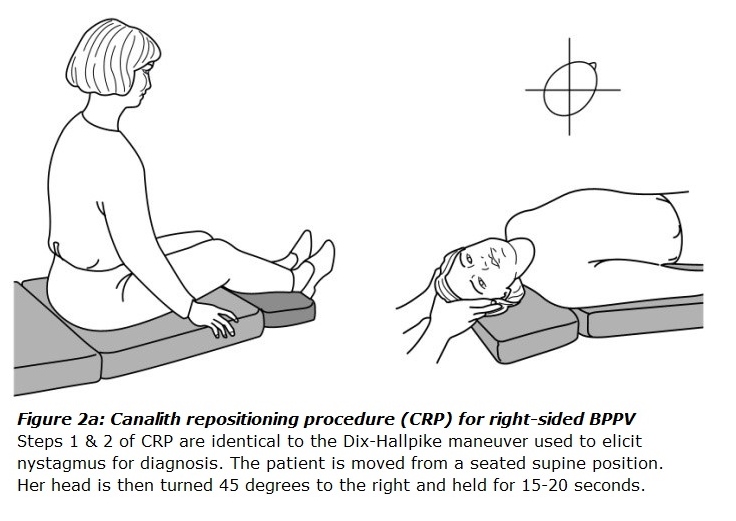